Are smart meters and energy monitors the same thing?

With energy prices having almost doubled in five years, many people are now actively seeking ways of cutting their energy bills.

While changing supplier is arguably one of the best ways to reduce energy bills, some also lag their lofts, boilers, hot water tanks and insulate their cavity walls to keep any heat inside the home rather than let it escape

Others look to cut down their energy consumption by harnessing the power of technology to show them how much energy they consume, what actually consumes it and where they can make savings.

It’s at this point homeowners Google “smart meter” and “energy monitor” in the belief that both are interchangeable terms for the same thing.

However, smart meters and energy monitors are two separate devices, but they work independently of each other so you can have either or both, as they perform wholly separate tasks.

A smart meter can only be installed by your energy supplier and requires removing the old electricity or gas meters completely. Once up and running, the smart meter beams back data of your energy consumption to your supplier. This means more accurate billing and removes the quarterly frustration of waiting in for someone to read the meter. The government says every household will be fitted with a smart meter by 2020.

What a smart meter doesn’t (presently) do is show you how much electricity you’re consuming in both Kilowatt-hours (kWh) and monetary terms. For that, you’ll need an energy monitor.

Or, more precisely, an electricity monitor. Energy monitors don’t send information to your energy supplier, though many people mistakenly believe that they do. Rather, they give you information about your electricity consumption and show in real-time how much electricity you’re consuming at any one time.

They usually come in three parts: the sensor, the transmitter and the LCD monitor itself. The sensor clips around the live supply cable running into your electricity meter (it could be red, brown or grey, but it’s usually the furthest right-hand cable). The sensor has a connecting lead that plugs into the bottom of the transmitter, which is fixed to the wall near the meter/fuse box with a mounting bracket and powered by batteries.

Then there’s the monitor itself, a small display unit about the size of a smartphone. This can display an array of information such as the cost of hourly consumption, predicted annual consumption, CO2 emissions and a whole lot more, depending on how you chose to program it.

Some energy monitors can even be connected to a PC, where the energy monitor downloads its data and an application loaded onto the PC evaluates your usage so you can make charts and graphs of your consumption for further analysis.

And that’s basically it. However, as many existing energy monitor owners will confirm, these gadgets have the power to turn you into an energy-saving obsessive, When you see the money it’s costing you to power things you’re not using or regularly leave on standby, you’ll be galvanised into action.

That means you’ll be going around the house switching off all the TVs on standby, lights in unoccupied rooms, computers not being used, chargers that aren’t recharging anything, etc.

And once you see how much an electric power shower costs to run for 15 minutes, you certainly won’t linger in there in the morning… 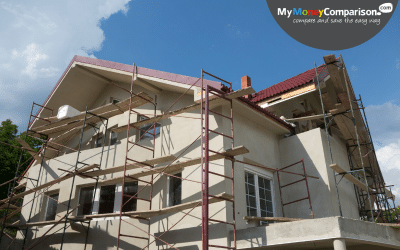