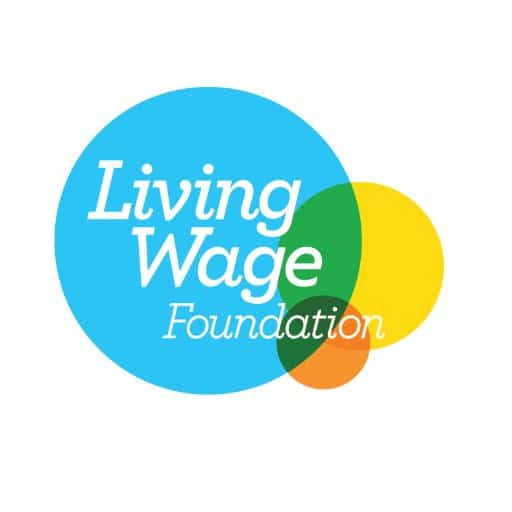 The Living Wage Foundation has recently increased the national minimum hourly rates by 30p to £9.30. This is great news for many workers, as the pay increase will be just in time for the Christmas holiday. Workers receiving the pay raise will have a merrier Christmas this year.

The Living Wage Foundation has also said that workers in London will also receive a raise. Their basic hourly rate will go up 20p to £10.75. Currently, the government’s national living wage is set at £8.21 for workers 25 years and older.

The difference in the charity’s living wage and the government minimum hourly pay rate will come to about £5,000 a year in London, while nationally it the increase will bring in more than £2,000 a year for everyone else.

The Living Wage Foundation—What is It?

The foundation is a charity that works with businesses and people to campaign for a fair day’s pay for everyone. The real living wage was established as a way to combat poverty and inequality that keep people from moving forward and living comfortably.

Employers can join the group and voluntarily match their workers’ pay to that established by the organization. In fact, this year the foundation has accredited 1,500 businesses, for a total of just under 6,000 businesses.

KPMG, an accountancy firm, has determined that while the number of jobs in the UK receiving lower pay has fallen, there are still 5.2 million jobs that pay less than the real living wage.

The increase comes at a time when political parties are competing to also raise the minimum wages. Sajid Javid, of the Tory party, said they would increase the minimum pay rate for workers over the age of 25 to £10.50 by 2024.

John McDonnell has promised to raise the minimum wage to £10 per hour as soon as possible. He felt this was in line with the rise of living costs. McDonnel went on to say this would mean that everyone over 16 would be earning more than £10.50 an hour by 2024.

However, the Living Wage Foundation is urging businesses not to wait, but to pay a real living wage to their employees now, rather than years later.

Living Wage Cities – What are They?

Katherine Chapman, director of the Living Wage Foundation, has been an advocate of living wage cities. The foundation is working to establish such cities and towns, where local employers agree to pay their employees the real living wage.

Cardiff and Salford are two cities that have agreed to use the real living wage set by the foundation. In fact, Cardiff plans to double the number of workers who receive the real living way up to 50,000, as a way to release some people from the trap of low pay. The hope is that other cities and towns will soon follow Cardiff’s example.

What Can You Do if Your Employer Doesn’t Follow the Real Living Wage?

If you’d like to find out if your company should be paying you the real living wage, first check to see if your employer is a member of the Living Wage Foundation by going here. If your employer is an accredited member of the foundation, then they should be included in the list. However, if they’re not on the list, they aren’t required to pay you the real living wage.

Even so, all businesses are required to pay their employees at least the national minimum wage as determined by the government. If companies don’t pay workers at least the minimum wage, this is against the law and they could be fined up to £20,000 per worker.

If you have questions about the national minimum wage, are paid less than the minimum wage or know that someone is not receiving the minimum wage, then you can contact the Pay and Work Rights Helpline, which is operated by HMRC, at this phone number: 0800 917 2368.

Who Should Receive the Real Living Wage?

The foundation does provide some guidance on the groups of employees who should receive the real living wage from accredited businesses. Here’s a list:

As you can see, the Living Wage Foundation stipulates that all staff (working more than 2 hours for 8 consecutive weeks) must be paid the real living wage if they work for an accredited business. This applies to all people 18 and over, as they all face the same living requirements.

How Can Employers Become Accredited?

Businesses can become accredited with the foundation. To do this, they must pay a fee, which will vary depending on the size of their organization. Larger businesses will pay higher fees to become accredited. The fees start at £60 a year for companies with fewer than 10 employees, and go up from there.

The accreditation process includes a signed licence between the company and the foundation. Once the process is finished, the foundation will send a confirmation email welcoming the business, along with a logo and other materials to show they’re accredited by the Living Wage Foundation.

One of the main benefits of accreditation is the employer voluntarily guarantees their staff a livable wage. This is also a membership of businesses, in the community, that stand with their employees in the need for a real living wage. The more companies and individuals who become aware of and embrace the real living wage, the more employees will receive a wage they can actually live on.

Businesses have also stated that paying their staff the real living wage has:

If you’d like to find more information how to be come an accredited business, please visit the Living Wage Foundation’s website to learn more about the accreditation process, the benefits of paying a real living wage and more.

Many employees will enjoy a pay raise now, just before the run up to the Christmas holidays, due to the wage increase stipulated by the Living Wage Foundation. Workers will benefit from working for a real living wage, one that allows them to more comfortably take care of their responsibilities and live more comfortably.

Businesses can benefit from becoming accredited, while ensuring their staff receives a wage that allows them to cover their living expenses more easily. Being a part of this organization can increase a company’s reputation, increasing employee motivation, productivity and much more.

The Living Wage Foundation is an advocate of all employees and can help if you have comments or questions. Reach out to the organization through their website and/or by calling them to learn more about joining this charitable movement.