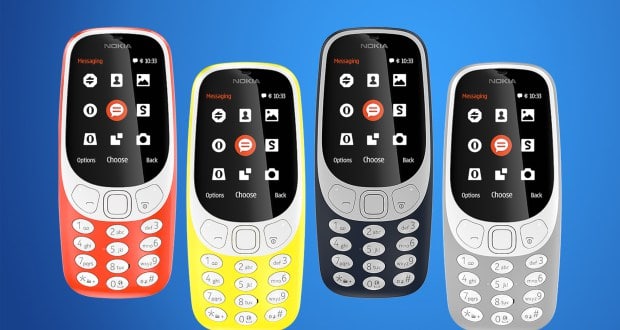 You’ve probably heard about the Nokia 3310 release, but have you heard as much about the new Sony or LG? No? I wonder why…

Have you ever been in a situation where you’ve spent so much time around serious people that when that daft guy you’ve not seen for years comes about he seems more interesting than ever? Well that’s where the smartphone market is currently sat! It comes to something when a phone that would be pretty much useless to a 2017 phone user takes more of the limelight than 4K displays and split-app screens! But why has there been so much hype around the re-release of the 3310? In my opinion it is excellent marketing from Nokia.

Let’s face it, the fashion of this half of the decade has certainly been nostalgia. Brands that would be mocked in previous years have now excelled in the market, at quadruple the price they used to! My friend sent me a link to a ‘Champion’ hoodie he found online. Bear in mind that not long ago this garment would have been no more than £15 from Sports Direct, and yet it was pricing in at £77! Other brands like Reebok Classic, Ellesse, Fila, Gola have all made their way into the mainstream fashion market. Looking at this, there was no better time to re-release the 3310. It has been 17 years since the release of the original device, and many of the consumers that are now wearing the brands listed above, to remain part of the trend, were children when the original 3310 was released so it’s a perfect combination!

Being described as the ‘dumbphone’, there is nothing remarkable about the new Nokia. It has a poor screen, 2G connectivity, no apps, and the ancient numeric keypad that once meant nine button presses for the word ‘send’! There are little to no apps that will be compatible with the old Nokia operating system it’s running. It’s fairly priced though, at £30ish it is being marketed as a spare phone or a festival phone. Again, simply by suggesting it could be used as a festival is suiting the same demographic I mentioned earlier and the ‘feature phone’ aspect has only added to a timely marketed appeal.

The most obvious of USPs is the model number of this device. Four numbers that define this as what it is – 3310. An iconic mobile phone, renowned for being practically indestructible and being able to play ‘Snake’. The new 3310 also holds the legendary game. However, I’ve had the game on my iPhone, with all Nokia models available for each version of the game. The only nostalgia would be playing on the original devices, and although the buttons on the new 3310 are fashioned like its predecessor they are not their predecessor. Therefore I would feel no differently playing it on the new 3310 as I do on my touch screen emulation of ‘Snake’. Having it on the new 3310 is a necessity to hold the model number in my opinion and nothing more. Regardless, I will most likely be picking one up come festival season, and the thing I would love to see, well hear, is the classic ringtones of the original model. YouTube them and just remind yourself how ringtones were meant to sound!