Commute using the Skies not the Road! 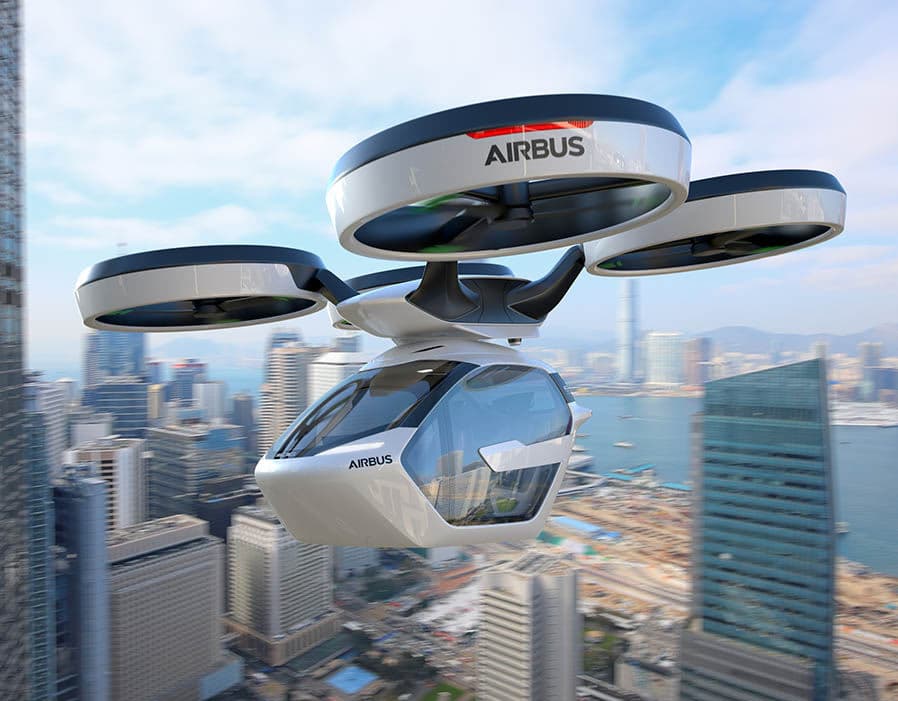 Tired of waiting in traffic on your morning commute? Airbus and Intel Design want you to be able to leave your wheels mid-journey and take to the skies!

They are claiming it will be the “third dimension to seamless multi-modal transport networks [that] will without a doubt improve the way we live”. But what exactly would be the day-to-day of operating these futuristic concepts? Well the idea is fairly simple, you book a service via an app, and you hire a pod. The pod will take you via the ground for as long as you need, but once your ground journey is complete a drone will fly to your location, pick you up, and continue your journey airborne. The wheel element of your pod will then drive to a charging port ready for its next booking. It sounds fantastic and futuristic, but will the idea take off?

As it stands the model is just a concept, with it looking like there won’t be a full rollout for at least 7-10 years yet. This opens up a lot of time for other concepts of the same nature take shape, meaning that potentially we will be seeing market competition for the urban airspace within our lifetimes. All of us have seen different concepts of what the future will look like. Don’t forget that not so long ago there were 20th Century films like “2001: A Space Odyssey”, where the ‘future’ (16 years ago) would be lycra suits and food pills. Second to this, October 21, 2015 marked ‘Back to the Future Day’. This day was the day that Doc Brown and Marty McFly travel to from 1985, hosting the iconic hover-board car chase scene and the sports handbook that make Biff his millions. Although not in the sense of the film series, we have already seen the introduction of the hover-board – those little things with automated wheels that you can’t drive on the road or a public path, and if you want to use it on private land you need the owner’s permission. Nice novelty idea but it was clamped by government in five-seconds flat. Plus the cheap ones kept bursting into flames!

Moving back to the flying car concept by Airbus. As I said before, the idea will be a hailing service similar to that of Uber, and it goes without saying the pods that will be transporting you will be driverless. Not only this, but Airbus claims there will be an artificial intelligence interface for customers, providing previews on-screen of landmarks and interesting locations. Not only this, but Airbus are also hoping to incorporate their concept into another concept of hyperloop systems, where there would be super-fast transportation in pods via a vacuumed pipelines either below ground or above ground level. It is claimed that successful implementation of hyperloops would decrease a 12 hour train journey between LA to San Francisco to just 35 minutes. So, if the Airbus concept was to utilise the hyperloop network in the future, we could see an increase in travel efficiency like never before.

The final aspect of this concept is the legislation that would have to be created to incorporate the new multi-modal transport model. This isn’t something the air travel company have overlooked, as they have noted that for the concept to come to fruition “a joint reflection on the part of both aerospace and automotive sectors [is needed], alongside collaboration with local government bodies for infrastructure and regulatory frameworks”. Therefore, providing that frameworks are put into place and the prototypes that are being made between this year and 2021 are successful, there’s no reason that nipping to the shop can’t become nipping to the other end of the country!