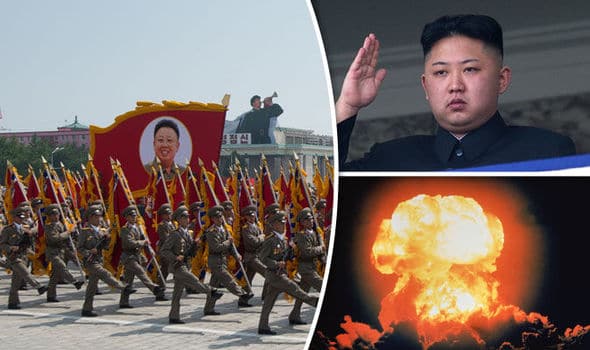 Korea backed out of its US-Guam threat, but Britons are still being warned to leave – while tensions are still high.

If you haven’t seen or heard anything about the US/North Korea relations recently then you really do have your head in the ground! Not to take away from the severity of the situation, but the basis of it is that both countries keep testing missiles near each other’s territory. The most recent of this was the threat from North Korea to test missiles off the US-controlled Guam border, to which US President Donald Trump retorted by saying that N.Korea will be hit with “fire and fury” – a statement that curiously comes out at roughly the same time as the new Game of Thrones series release. I’m not saying he’s taking his political views from the show but his fantastical rhetoric must be coming from somewhere?

If I was a Brit in Korea, I’d be booking my flight back to Blighty as quick as I could! The problem is, with Brexit still underway we will soon not have any country we can go and take our holidays left! I know that looking at this from a selfish perspective is quite small minded, but there is a wider purpose to it. We can only take our holidays in places that aren’t under the threat of war or conflict areas, and Brexit is somewhat severing ties with allies of the UK. So by realising there are less places you can go abroad, perhaps you can see that we are going in the wrong direction as a global culture! Surely travel to other countries should be in more abundance than ever before?

Now however the UK government has been warned that it should advise Britons to leave the Korean Peninsula if they are there, as there is a “real risk” of tensions between the US and Korea escalating to full on nuclear war. This warning comes from Admiral Lord West, a former head of the Royal Navy, and he argues that the risk now is the highest is has been since the 1952 Korean War. That’s quite a frightening concept, and one that isn’t outside the realms of possibility. The last thing you want is those from the West feeling that they are unable to travel safely to the East. In 2017 we live in a world of immediate conversation with anybody, where we know more of the world than any generation before us, and yet the leaders of both countries in this escalating situation seem to believe that missiles are the best method of communication.

This feels very much like the script for many cold-war films. It’s as if Trump’s dream of presidency is to recreate the ‘old times’ (to use his campaign rhetoric), but in all its aspects. What certainly doesn’t help his cause here is the lack of robust response to the far-right rising in Charlottesville recently. Since before his inauguration until now, President Trump can’t help but present himself as the cliche old racist narcissist. I know that by saying anything about Charlottesville he will lose so many of his core voters, but doesn’t that say enough? This is all just talk however, so take advantage of the cheap flights while you can, and use MyMoneyComparison.com to find the best holiday for you!