The Truth about Cheap Unlimited Broadband 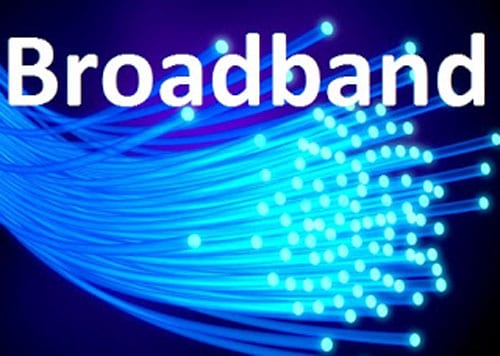 The Truth about Cheap Unlimited Broadband

How much of broadband in the UK is really unlimited, and exactly how can you tell if you’re going to get an unlimited service when you’re looking for a new internet provider? This article takes a look at how many UK providers stretch out the word ‘unlimited’ to mean whatever they want, and what you can do to avoid it.

A Fair Usage Policy (FUP) can normally be found buried within the terms & conditions on a provider’s website or advertising material. Do you know the pages and pages of legal text that you just click through? Somewhere in there will be a clause that states that once a customer reaches an unspecified amount of usage that the provider deems unacceptable, that provider can then take action against that user.

Exactly what that action might be can vary. Most ISPs will notify a customer first and ask them to curb their usage, usually by writing. After that, punishment for heavy usage could be anything from applying extra charges to an account or slow down speeds for that customer so they can’t download as much as they did before.

This can be a very tricky situation for a consumer because each provider has their own idea of what ‘fair’ is. Some ISPs are well known for never acting on their fair usage policy at all, while others are likely to start reducing the speed of their customers very quickly. It can be hugely limiting for people who are expecting unlimited broadband to suddenly be told they need to stop downloading or curb their internet habits.

Several consumer groups are calling for FUPs to be more transparent and explain more to the consumer. They are also calling for providers that heavily employ their fair usage policy to be banned from using the word ‘unlimited’ in their adverts altogether.

Traffic management is the other way providers get around offering unlimited broadband to consumers. It’s not quite the same as an FUP though. Traffic management normally occurs during peak times when a lot of people are connected to the internet at once. In order for a provider to keep up a decent level of service to every subscriber, everybody becomes limited to a certain speed for a short period of time.

While it can be just as frustrating as Fair Usage policy, traffic management is usually on a temporary measure, although it’s often a regular one. For example, many providers will employ traffic shaping every day between about 5pm-10pm in the evening, which are the busiest times for UK providers.

Details about traffic shaping can also be difficult to find, but unlike FUPs when you do find a providers traffic management policy it’s very likely it will have specific details about when it will be slowing the net down and when it will be speeding it back up again. Most providers that use a regular traffic management service turn it off after midnight.

How to Avoid Being Trapped

Giving a list of ‘good’ providers in this article would be useless, as providers change their methods and policies quite often. This means that the only way to avoid being stuck with a provider that reduces your speed is to do your research first. Comparison sites and other blogs and news websites normally have a way for you to find out how much traffic shaping goes on within an ISP, and many sites also have reports from users, as well.

Of course, if you’re only a very light internet user who doesn’t download files often, you may not have to worry so much about traffic shaping or FUPs. Don’t think that being a light user means you won’t be affected at all though – some of the biggest ISPs in the UK throttle the net so much that even using YouTube during peak times can be difficult, so you should always be mindful of these tactics when choosing a new provider.