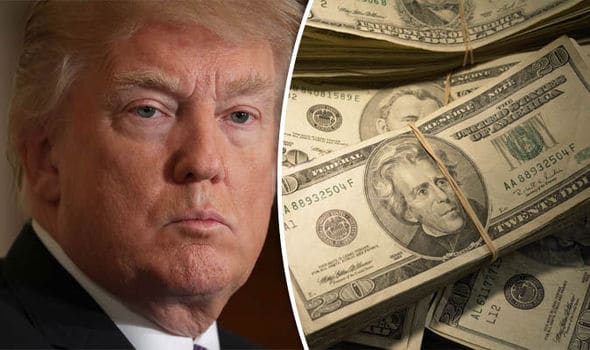 The Pound’s movement was highly mixed last week, as investors digested mixed signals from UK and EU officials over the status of Brexit negotiations. European Council President Donald Tusk has argued that the UK will not be able to have a unique, bespoke post-Brexit deal if it is leaving the customs union and single market. However, UK Chancellor Philip Hammond remained confident that this could change through effective negotiation.

Brexit news may take a backseat in the coming sessions, as Hammond will deliver the UK Spring Statement on Tuesday. Any surprising news on fiscal policy could influence the Pound.

Towards the end of last week, the US Dollar saw stronger demand due to hopes that US diplomatic relations with North Korea would soften after Donald Trump appeared to agree to meet North Korea’s Leadership, bolstering market appetite for the US Dollar.

However, the Pound to US Dollar exchange rate still appeared to end last week higher. This was due to lasting anxiety over what exactly had been agreed, with North Korea having yet to respond to the US invitation acceptance.

Political news will continue to drive the US Dollar in the coming days, but Tuesday’s US Consumer Price Index (CPI) results could be influential too if they impact Federal Reserve interest rate hike bets.

Demand for the Euro has been weaker over the past week and this has made it easier for the Pound to Euro exchange rate to advance.

Political uncertainties have weighed on the Euro since Italy’s 2018 general election ended in a hung parliament and populist parties surged in popularity. This has weighed on market hopes that French President Emmanuel Macron will see smooth sailing in his plans for Eurozone reform.

Data due for publication in the coming sessions include key Eurozone inflation stats from February, which could prove influential if they indicate that inflation is higher than the European Central Bank (ECB) expects.

Stronger demand for risk-correlated currencies left the Pound to Australian Dollar exchange rate tumbling throughout last week’s trade session. While the pair’s losses were not significant, it left the pair further away from February’s 2018 highs.

With the US President agreeing to meet with North Korea’s leader, investors were a lot less anxious about the possibility of military action and this has left risk-correlated currencies looking more appealing.

However, a lack of domestic support for AUD means its gains have been limited. Australian consumer and business confidence stats due on Tuesday could push GBP/AUD down further if they impress.

Demand for the risky currencies was slightly lower on Monday amid disagreements in the US Republican Party over the terms of the US President’s meeting with North Korea. This helped GBP/NZD recover slightly from the two-week-low seen during the Asian session.

In the coming days, the New Zealand Dollar is likely to be influenced by current account data from Q4, and Q4 Gross Domestic Product (GDP) results.

Stronger demand for risk-correlated currencies and solid Canadian data helped the Canadian Dollar to recover at the end of last week, causing GBP/CAD to shed its weekly gains before markets closed.

Friday’s Canadian jobs market results from February showed that the unemployment rate had unexpectedly improved from 5.9% to 5.8%. Donald Trump has also indicated that Canada will be exempt from strict trade tariffs and expressed confidence that a new deal could be reached on the North American Free Trade Agreement (NAFTA).

The Pound to Canadian Dollar exchange rate edged higher on Monday amid lower risk appeal, but the Canadian Dollar could see stronger demand if the Bank of Canada (BOC) Governor’s speech on Tuesday impresses investors.