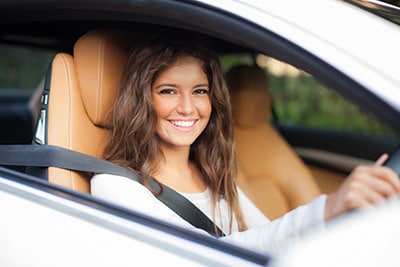 We all know that young drivers pay more for their car insurance, 8% more each year to be precise.

It is common knowledge for all that the youngest of our drivers on the road pay the highest rates for their car insurance. This ruling typically falls under the idea that they have been on the road for less time than other drivers, and that more established drivers have developed wisdom that reduces their risk of an accident on the road, and therefore fewer insurance claims. This is a perfectly understandable concept, but statistics are showing that the average premium for drivers under 25 rises by roughly 8% yearly! Surely this year’s young drivers are no more a risk to other drivers than last year’s? And what can young drivers do to limit the damage to their wallets?

I have two friends that are young drivers, each still having a few years yet before they fall into the next age demographic. One is currently in the process of looking for a new car, and this process is what has shown me the details involved in purchasing and insuring a personal vehicle. I currently do not drive, I have never had a test and therefore have never had to look into any aspects of it. The friend in question is getting rid of his 2006 Ford Fiesta for a 2016 Vauxhall Insignia, and for anyone who knows anything about cars then that is a huge size change. The car itself is being bought on finance, but that isn’t really the cost that concerned him. The insurance hike from a hatchback to a coupe has certainly been the hurdle that has stopped him from just purchasing the car he wants.

My other friend, the driver’s wing mirror of her car was swiped by a council grit truck during a trip to visit my mother in Tameside, Greater Manchester. The gritter in question left his details and a contact number along with an apology (which is all you can ask in that situation really), and nothing more was thought about it besides beginning the process of claiming the repair costs back. Almost 10 months later and Tameside Council have refused to take responsibility for the incident, which baffles me given the circumstance, and as a result my friend has lost her no claims discount. Her insurance has now risen quite sharply and this is certainly not down to how she has conducted herself behind the wheel. She even had a black box to keep her premiums down!

Besides the black box, the question is there as to what can be done for young drivers to keep costs down. A list has been produced by Which? and covers four areas – Telematics (black box), adding a named driver to your policy, undertaking an advanced driving course, and finally to consider buying a cheaper car. The only of the four I had not already considered was the advanced driving course, but the list does warn that not all insurers will take this into consideration. That is frustrating, given that advanced driving courses can cost north of £100 and that it (in my opinion) is a clear certification of competency behind the wheel. The fifth suggestion that should have been on the list is to use MyMoneyComparison.com to find the cheapest Young Driver insurance deals without putting your dreams of a new car on hold!