Ministers are Looking for Ways to Relax Travel Quarantine Rules 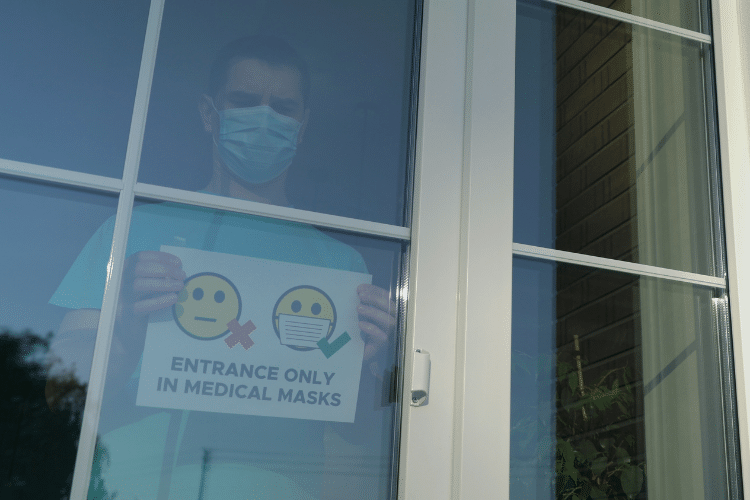 Ministers are Looking for Ways to Relax Travel Quarantine Rules

There are concerns among firms in the travel and hospitality industries that the current 14-day mandated quarantine could hurt their business. They worry it will greatly damage a travel industry, which has already suffered due to the coronavirus pandemic.

In response to these concerns, some ministers have begun to look for ways to relax the quarantine rules. These could include expanding the list of workers that are exempt from the 14-day quarantine, or the creation of travel corridors to countries that have low rates of infection.

The government has stated that any change to the rules must be based on science, but that they are looking at a possible relaxation of the quarantine rules by 20 July, which coincides with school holidays.

The latest figures from the Office for National Statistics show the number of deaths related to the virus has dropped to the lowest levels in England and Wales since March. The ONS figures also show there were 2,589 deaths in the week ending 22 May, which was the lowest weekly number for seven weeks. The figures also show that there have been about 43,800 deaths this year due to the coronavirus.

The new quarantine rules start on 8 June, with some professionals exempt. These include lorry drivers, police officers, seasonal farm workers and healthcare professionals. In addition, people from the Irish Republic, the Channel Island and the Isle of Man are also exempt from the 14-day quarantine.

Travellers entering the country will be required to fill out a form, which will include contact information and the address of where they intend to stay for 14 days. If travellers do not have accommodation setup, the government will arrange a place for them to stay.

In England, the government is planning to have spot checks of those in quarantine. Anyone found not following the rules will face a fine of £1,000. The governments in Scotland, Wales and Norther Ireland will impose their own penalties for breaking quarantine.

Housing minister Simon Clarke said the policy was a “proportionate step” that is necessary to minimize the risk of the virus being brought into the country from abroad. The rules are set up to keep new cases from developing in the UK, “just at the time that we are getting a grip on it.”

He went on to say the measures are temporary and time-limited, but that they are vital and will stay in place for as long as need.

It’s expected the Parliament will review the plan in more detail and offer extra guidance on what arrivals may be allowed to do. In addition, it will explain whether or not travellers can take public transport if they are not able to travel to their accommodation by car or other means.

Right now, the quarantine plan is set for review every three weeks. The first review will be in the end of June.

However, there’s been much criticism over the government’s plan. Business leaders have called on the government to abandon the plan, as they say, it will cause more damage to the economy and the country.

Instead, businesses, including the Ritz and others, are asking the government to consider the creation of “air bridges,” which would allow visitors from those countries that have low rates of the virus. These people could come to the country without having to go into quarantine. The airlines are also in favour of the air bridges, scheme.

Other considerations are the possibility of testing people for Covid-19 when they travel from high-risk countries to the UK.

Former environment secretary Theresa Villiers said that she though quarantine rules should only target flights from virus hotspots. And she also mentioned the government is reviewing the possibility of creating air bridges.

There are also reports that in the Portuguese media that hint at the possibility of an air bridge between the UK and Portugal. However, the UK continues to lag behind other European countries when it comes to controlling the virus. So, it may not be possible to back down from the quarantine rules for now.

Spain’s tourism minister has said that coronavirus rates in the UK will need to improve before the country will accept UK tourists. Greece, too, is not allowing UK visitors when the country opens later this month.

The government has responded to businesses and those concerned about the quarantine rules, saying these health measures are put in place to help keep virus rates down, to stop new cases from being brought into the country, and to prevent the development of a second wave of the virus.

He said, “All of our decisions have been based on the latest scientific evidence.

“The list of exemptions has been agreed by all government departments in consultation with their stakeholders which will ensure critical supplies and services can continue and will be kept under review.”