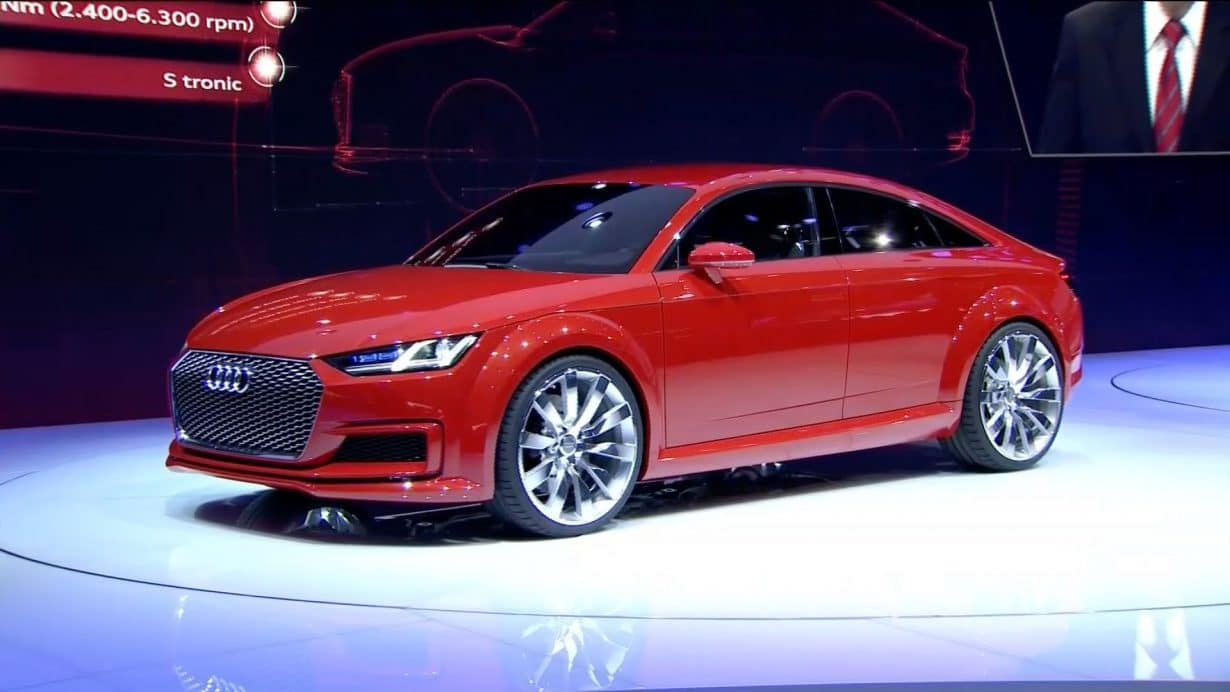 This is one unveiling that Audi fans have been waiting for. The much anticipated Audi TT sportback. Audi have decided to pursue new design territory by creating a sports family concept with the new 5 door stretched Audi TT Sportback.  Audi is aiming to have within its portfolio 60 individual models on sale by 2020 and the new TT sportback is one model its adding to its stable and hoping to unveil by the end of 2016.

With 5 doors, Audi is hoping to entice the Sportback to a wider target audience as a result of its practicality with the additional doors in comparison to its smaller cousin the Audi TT 2 door variant.

Power comes from a 394bhp 2.0 four-cylinder TFSI engine which generates a staggering  0-62mph time of 3.9 seconds.  You are probably wondering about fuel consumption, well thats not bad either,  with figures of 40 mpg and a Co2 emmission of 162/km.

We cant wait to see the Sportback on UK Roads and am sure we are not alone with Audi fans already holding baited breath for its official production release.