Will You Need to Self-Quarantine After Summer Travels? 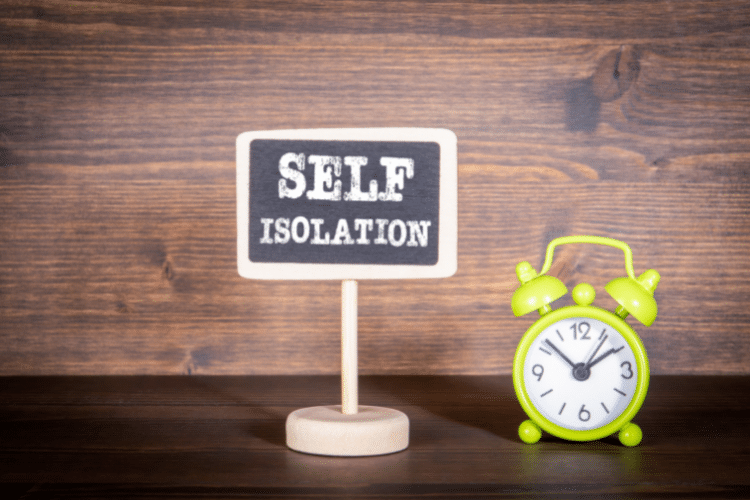 From June 8, the Home Secretary, Priti Patel, has announced that all new arrivals to the UK will have to self-isolate for two weeks.

The travel industry has suffered a major decrease in the number of tourists due to coronavirus. In fact, new arrivals have been down by 99 per cent compared to this time last year.

The Home Secretary has said the measures were coming at the right time, as domestic Covid-19 infection rates have slowed. He said, “We must take steps to guard against imported cases triggering a resurgence of this disease. As the transmission rate falls, imported cases could begin to pose a larger and increased threat.

“Any new arrivals with the disease will have a much bigger impact, potentially causing a second wave.”

Will You Need to Self-Quarantine After Summer Travels?

As soon as the new laws are passed, everyone will have to self-isolate for 14 days and provide an address to their accommodation where they will stay during that time. This includes all Britons who are returning from travels to other countries, as well as new arrivals.

All arrivals will need to provide contact information, including the address and travel plans. The address will be declared on forms that are filled out online before travelling to airports or seaports.

If a traveller doesn’t have suitable accommodations, then they’ll have to stay in government-operated facilities and pay for this at their own expense.

The plan will allow for an extremely low number of exemptions for:

In addition, travel from Ireland, the Isle of Man and the Channel Islands will be the only other exemptions.

Quarantine Will be Enforced

The quarantine will be directed and enforced by Border Force, police officers and Public Health England officials. They will have the right to visit the homes of travellers who must adhere to the new rules, and the officials will also have the right to perform spot checks.

From the middle of June, about 100 spot checks are predicted. Those refusing to comply with the new quarantine rules could be denied entry to the UK. Spots checks will also be conducted at the border. In addition, any obvious errors on the forms could lead to travellers either completing more forms or they could be denied entry into the country.

Punishment for Breaking Quarantine is Serious

Punishment for not filling out relevant forms could carry a penalty of £100 while breaking the 14-day quarantine could come with a hefty fine of £1,000.

For those who persistently breach the self-isolation rule, magistrates will have the power to prosecute or issue unlimited fines. Those not paying their fines could also face prosecution for not paying the fines already issued.

The Home Secretary said, “We expect the vast majority of people to do the right thing and comply with these new requirements. We will not allow a reckless majority to endanger us all.”

Would People Be Exempt After a Negative Covid-19 Test?

No, the rules are strict and only the limited group listed previously in this article will have exemptions.

How to Get Home?

The Home Office has advised people to use personal transportation, including cars and taxis. However, it understands that some people may not be able to use these forms of transport. In those instances, they may have to rely on public transportation.

How Long Will the Quarantine Be in Place?

The quarantine is set to take effect on June 8; from that time on, the policy will be reviewed every three weeks, with the first review on June 29.

The government is also looking at the possibility of creating “air bridges” with countries that have low infection rates of Covid-19. Under this scheme, travellers from both directions would be exempt from the quarantine policy. However, there is no consensus in the Government on whether these air bridges are practical. The discussions continue.