Majority of customers only keep landlines for broadband 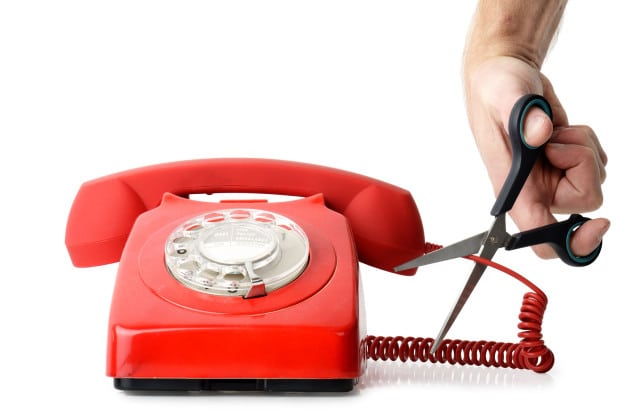 Majority of customers only keep landlines for broadband

It does seem a little outdated in 2018. For the vast majority of people wishing to make a call, landlines getting ever closer to the bottom of the list of ways you would do this. For many, the number of ways to make a call have exponentially increased with the internet.

Aside from the traditional phone calls on your mobile device, most users also have access to FaceTime Audio, Facebook Messenger, WhatsApp, Snapchat, Skype – all of these and many more applications now utilise VoIP (Voice over Internet Protocol) platforms. So in the modern day, what use does your landline have then?

So how many people agree with this mentality?

Even though you probably don’t need to see statistics to understand that more people rely on the use of their mobiles for calls over landlines, but over 3/4 of customers would opt for their mobile device over a landline.

But what is a little more surprising is the same survey, but five years ago. There was still almost a third of the population said they still relied on their landline! For some, this could be seen as a perfect example of the speed in which times have changed.

When is it ever more convenient?

Let’s be honest about this! The landline for the majority of households becomes the ‘reserve’ phone. The one only ever used for the calls you do not want going to your mobile, businesses over personal contacts, etc. But with GDPR changes now coming into effect, some have suggested that we may be seeing the beginning of the end for businesses making calls to customers as the preferred method of contact.

So if your landline won’t be needed as that filter for nuisance calls anymore, the only use left for it is the officious side of things. Forms that require you have a landline and, for the most part, broadband.

Does the house really need its own phone?

Can this world of wireless not survive without something that literally has a name that reminds you of its exact restrictions? Not like the words ‘wireless’ and ‘cloud’ used to describe contemporary communication.

This isn’t new concept. Some broadband providers have already taken to the option of broadband-only deals, and others are focussing on the customer being able to take their router with them! Compare broadband deals online and you could possibly be saying goodbye to your landline!

The end of the landline is coming. It’s not a question of if, only of when, and many would argue that it’s about time. One generation’s time and it will be unthought of for somebody not to have an internet-enabled mobile device, and for that reason the landline is quickly becoming more and more obsolete.

It has even become increasingly difficult to contact businesses, such as broadband providers, via the telephone. So if they’re trying to let go, why don’t you?