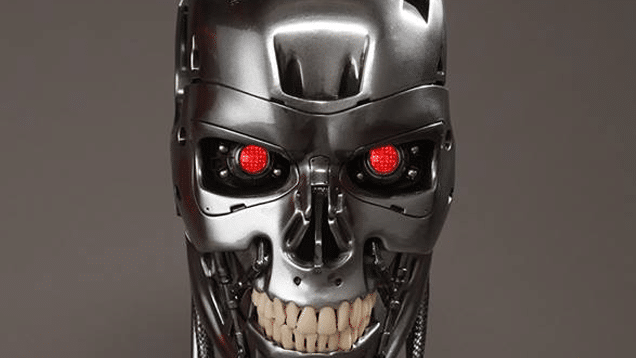 In a world where we are becoming more reliant, even dependent, on technology there’s always the underlying fear that we will all one day lose our jobs to the machines. Now RT has reported that soon up to 90% of administration jobs in the government will soon be replaced by robots. So as this unfolds, do our concerns of mass unemployment and Skynet taking over really seem so dumbfounded?

We do have to face facts, we are still inside of a technological revolution. In my opinion we are currently in the eye of the storm, and administration/office jobs are the sector next to see mass advancement. Some of the slowest technological advances seem to be where the loss of human employment is the consequence of such advancement, and that is understandable in a society where survival can only be maintained with money. Plus from a PR perspective it would be much easier to spin mass unemployment than mass technological advancements. So what is left to do? Do we deny what many would call progression out of scaremongering that the economy will collapse? Or is the scaremongering actually foreshadowing a pivotal point for human labour?

The first thing I want to point out is that the RT article doesn’t project this will have happened until 2030. At the time I am writing this that is 13 years away yet. Look at that timespan the other way round and we go back to 2004 (I know, 2004 was 13 years ago!). How many jobs exist today that didn’t exist then? I will name a few administration roles that exist today that did not then: Facebook, Twitter, Instagram, Snapchat, Tumblr – in fact almost all social networks that we use in 2017. These are roles that only ever became available because of technological advances. Myself writing this article is another prime example. Granted more likely than not some of the people currently employed in the government admin jobs will have worked there for a while, and it would be naive of me to assume that those of older generations will know what many of the jobs available from the expansion of the internet even are. This is progression though! Go a further 13 years back and you are then in 1991 and I can guarantee there were jobs in 1991 that no longer exist, and many more that have been replaced by robots since.

Personally speaking, job roles I have applied for in the past did not exist at all at the turn of the century, and the flip side of this is that job roles that once seemed they would last forever are now niche roles – I don’t know many (any) carpenters or candlestick makers, butchers are dying off because of supermarkets, and look at the training once needed to be a typewriter typist! That was a role that only came to an end as the 90s started. You wouldn’t keep a fax machine in your house when you have a printer/scanner out of fear those working at the fax machine factory won’t have work anymore, so why halt other technological advancements in office culture? I may not sound very empathetic to individuals whose jobs will be on the line, but if we never embraced change we’d still be in the middle ages!

Come back to present day now and look at our working culture as it stands. Change scares us all, but what I want you to take away from reading this is that for as long as our economic structure stands, time and progression will always create new jobs for ones that are lost. So please do not fear for the next generation of people applying for roles. Not only will they manage to find employment, but many of the jobs they will be applying for haven’t even been imagined yet.