Spotify whilst Driving? A new feature! 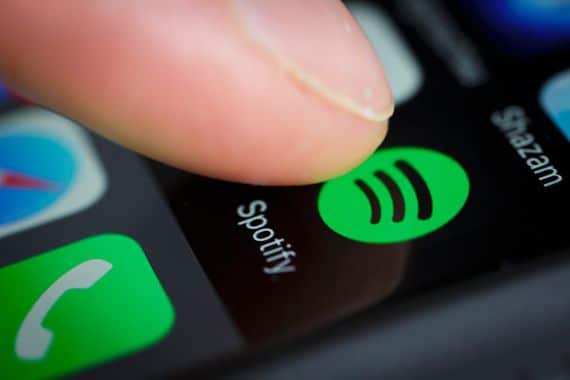 A new Spotify feature means that picking your favourite tunes while driving is going to get much easier!

According to Reddit users, Spotify are implementing a new feature to their mobile application, meaning that drivers who want to be listening to their own songs while driving are going to be safer doing so. Great news for drivers but why are Spotify the first of the music streaming providers to consider this?

For a while now, marketing cars to young drivers focusses on the in-car tech features and its connectivity to drivers’ mobile devices. Slots for auxiliary cables, connecting phones/iPods etc. via a wire to the car’s audio. Next was the bluetooth connection for calls functionality, in that drivers had buttons on their steering wheels to accept calls hands-free. Then after the call function of bluetooth connections came bluetooth audio, something that is now a pretty standard installation in new issue cars. These features have been marketing for handsfree, cable free connection and access to your mobile device, so that you’re not needing to look or handle your device while behind the wheel. So, if car manufacturers have cottoned on that the notion of using your device without touching it is a marketable strategy, why haven’t music applications? After all, a significant percentage of music streaming apps has to be those commuting, either via public transport or their own vehicle. The difference is that if you’re on public transport then (minus the rush hour sweatbox trains) you have the ability to access to the full functionality of your phone, whereas for drivers choosing music can be a difficult, and sometimes risky, option. Yes of course you can just select a playlist and hit shuffle, but personally I will be listening to one song and immediately be reminded of another song to add to the queue – something much more difficult to do with your eyes on the road.

So out of the various music streaming providers out there; Spotify, Deezer, Tidl, Apple Music and the lesser known names, it is Spotify to create the first in car-use of their application. The feature is said to be including a set of three buttons at the bottom of the screen, the simple skip forward, go back, and a third for voice recognition. It also adds simpler swiping features within the application for fewer steps and quicker access to ‘featured’ music, playlists, albums and recently played. Surely with all the young rivers on the road, such a simple change being implemented could have a notable difference to insurance claims, keeping premiums down and eroding a traditional view of young drivers being bad drivers. It couldn’t hurt the subscription rates of Spotify either. This update to the app, however, is still not yet in its release stage. When CNet asked Spotify on a comment regarding the function, their response was “We test new products all the time and have no news to share”. In simple terms, they haven’t ironed out all of the bugs in the concept of the update yet. It does seem to be in the pipeline though, which is more than can be said for the feature that I think they should add – an alarm function! Imagine being woken to a different one of your favourite tunes every morning, what could be better to get you up on a grey Monday? For now, keep your ears peeled and your eyes on the road, new features are on their way!

If you have spotify but dont have car insurance yet or looking for a cheaper deal, then try our Car insurance comparison system which compares all leading and niche insurance providers to help find you find the cheapest deal for you!