Energy price cap is a cover up! 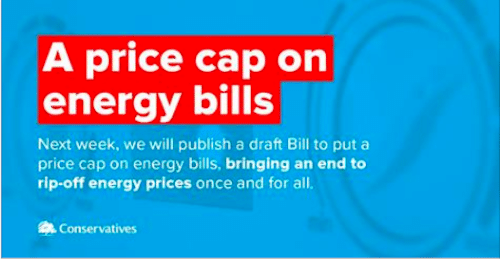 About 5 million households with a cap on their energy bills will be affected by an average increase in price sooner than expected. Already, 5 of the 6 reputable energy firms have raised their tariffs just £1 shy of the new £1089 limit and the victims are those who rent prepayment meters or who are accustomed to defaulting on payments.

It is obviously a show of cynicism and a demonstration of how flaccid the cap is as the limit which was meant to protect members of the society who are unable to afford the amount is now being exploited by these energy companies.

One question though, if the energy companies rip-off vulnerable consumers in this manner, what’s the assurance that they’ll change their attitude when we usher in Theresa May’s order. May’s less stringent cap for 11 million families on the poor-value standard variable tariffs should get the royal approval in the summer and it is expected to begin by the end of the year.

The conservatives already touted how the savings on bills will amount to £100 and also protect energy consumers from prices which are unacceptable. However, Ed Miliband has pointed out that this cap is unlike a freeze where prices stay the same for a set period. With this cap, energy regulators can adjust the price to go up (just like Ofgem did). Ofgem also reiterated that the consumers are better off with the cap than without it.

Energyhelpline, a comparison website, has calculated the loss of households to be about 42% of the savings they were making as at when the protection began in April 2017. Even though 3 of the big six energy companies have tariffs £15 lower than when they first started, this is not so effective.

uSwitch has also released a report on the discrepancy observed. The gap between the prepayment meter tariffs and the standard variable tariffs amounts to £81. However, for suppliers as big as British Gas, the gap is about £13.

When it comes to protecting customers from this hardship, the Government has a major role to play. Firstly, experts posit that a major energy efficiency program which effectively cuts costs finally should be implemented and recently, the energy efficiency scheme ECO, was refocused to 100% cater for low-income households.

Also, the ban on onshore wind subsidies is anticipated to be removed as this serves as the cheapest form of low-carbon generation. Economically speaking, the wind program is a good idea. However, in order to be of help to bill payers, it is important to eliminate the political gymnastics.