The public mood lowers as the State Pension Age rises 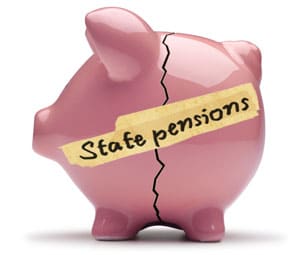 The public mood lowers as the State Pension Age rises

Uproar has spread across the country since the Government announced it will bring forward the implementation of the rise in the state pension age to 68 years old. Originally set to be phased in between from 2044, it will now be introduced from 2037 onwards, affecting those who are between the ages of 39 and 47.

The Secretary of State for Work and Pensions, David Guake, said “as life expectancy continues to rise and the number of people in receipt of state pension increases, we need to ensure that we have a fair and sustainable system that is reflective of modern”, citing the Cridland Report, which proposed the change. In reaction to the change, the Labour Party stated that there is evidence to show that life expectancy increase has stalled for the first time in a number of years and that the report does not take in to account the difference in health across regions, ages and economic status.

So what does this mean? Well, according to the BBC, in today’s money that is £6,359.60 less than people would have got had this proposal not been accepted. The Director of the charity Age UK described the changed as ‘picking the pockets’ of people aged 40 and younger. In spite of these complaints and calls for change, it has been hinted that the age could increase to 70 years old for those under 30.  Gauke defended the decision, claiming it would create “fairness across the generations, and the certainty which people need to plan for old age”.

Let’s compare two similar suggestions from different sides of the globe. According to The Guardian, in Brazil everyone has the right to retire in their 50’s, however the Government is trying to raise this to 65 for men and 62 for women. In Britain, women’s state pension age has been steadily raised from 60 in 2010, with the plan to align it to men’s by 2018. The ladies of Britain aren’t happy. Women from lower income backgrounds are going to be worse off by roughly £32 per week, according to The Institute for Fiscal Studies. “Once again, this shows that the government has implemented state pension age reforms without adequately considering the full impact of these changes on the women affected,” said the WASPI (Women Against State Pension Inequality) campaign group Director, Jane Cowley. Men of Britain and Brazil, c’mon.. women are a foundation of this society. They are our mums, sisters and daughters. Let’s keep them happy – they deserve it.

What is apparent is the lack of cohesion between the public and the official (although, is there ever any?) which is perpetuated through the endless cycle of Government cuts or ‘savings’ and public uproar. Understandably so, considering the workplace pension is tied to the state pension age for those in the public sector. But why worry? Oh, because as of March 2017, there was over 5.4 billion people working within this. 5.24 billion. An equal and fair society? It doesn’t seem so.