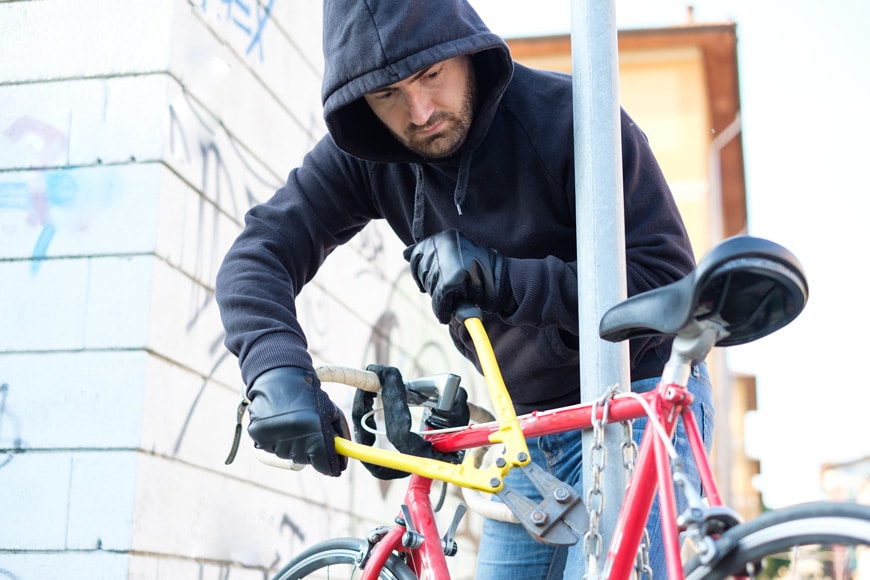 Bike thefts in the UK are hitting the young and poor more than any other people. These individuals  are the most vulnerable, because the loss of what may be their only form of transportation can drastically affect their lives. In addition, many people don’t purchase bicycle insurance, which could cover their bike if it was stolen. For many people, bike theft doesn’t seem to be taken seriously by the police and is usually treated as a minor crime.

According to the police, 96,210 bikes were stolen in 2018, and about one in 50 bicycle-owning households are victims of cycle theft each year.

According to the ONS, victims are usually between the ages of 16-35, and most of them earn less than £10,000 a year. They also tend to live in urban areas with “high incivilities” (areas prone to vandalism, property damage, rubbish & litter, and homes in poor condition), and they usually live in maisonettes or flats.

For those who make under £10,000, loss of a bike can have devastating effects. For one thing, people in this economic group usually don’t have the funds available to replace their stolen cycles. Another issue is that many people use bikes as their main form of transportation. Without a bicycle, it can be difficult to get to work, run errands and more.

A survey for Bike Register showed that 50% of bike theft victims felt police did not investigate the crime, and bike thieves viewed bike theft as having a low risk of being caught. In addition, police recover only about 3% of stolen bikes.

People generally feel the police don’t do enough to retrieve stolen bikes and the thieves. As a result, many of those who have bicycles stolen choose not to report their stolen bikes, because it’s a lesson in futility. For this reason, there are surely more bike thefts that are hidden, and the entire problem could be even bigger than statistics show.

Bike thefts occur in various places, but most of them are near home (61%), outside stores (18%) and outside work (11.5%). Colleges are another prime location for bike theft.

Police Are Working on the Issue

The Police are about to start a national cycle crime strategy in England and Wales. Supt. Mark Cleland says, “We are working hard to stem the rise of violent crime and to strike the right balance between what’s causing that harm and risk, but also what impacts on commuters and other victims of Crime.

“That doesn’t mean our focus on cycle crime has stopped. Instead of having that central expertise in London, it means there’s more skills to tackle the problem locally.”

Police work with several sites including Bike Register, where bike owners can register their bikes for free. Other websites the police work with include eBay and Gumtree, as these are sites where almost half of all stolen bicycles are sold.

These sites offer cheap bicycle insurance quotes in an easy to read format. You can quickly find the quote that fits your budget and find coverage that suits your needs.