Brexit, what is the impact on Universities? 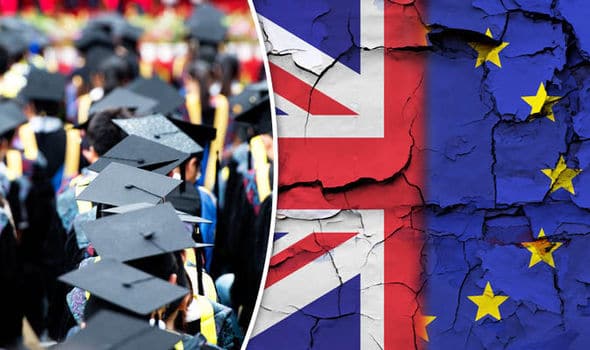 With the futures of EU citizens in this country and UK nationals inside the EU still uncertain, Russel Group universities are warning Thereasa May of potential damage this is causing.

Take aside the controversial fees for UK universities, international students generate a significant amount towards the income of the university sector. Unsurprisingly, with Brexit talks not seeming to be heading in any  particular direction, there are international students that now no longer wish to run the risk of applying for university in the UK, according to a report by The Independent.

The Russell Group universities are warning Mrs May that the reason that there are student concerns about the UK, and concerns for EU citizens in the country overall, is that there is a lack of clarity in her Brexit demands. According to the Independent, the sector is currently generating around £73bn a year, a figure that arguably will not be able to be maintained with all of the Brexit turbulence.

So far, the idea is that EU citizens in the UK have to apply for a ‘settled’ status, whereas the universities are arguing that there should be a grant of an automatic right to remain in the country. This is something I personally wholeheartedly agree with. I think that the rights of citizens both sides of the border should be maintained, many people have rooted their lives entirely to the country they are residing in. People have businesses, friends, a home, a community, so why should this be taken away because of a political decision? Aside from personal views, the word that is repeatedly being associated with the Brexit negotiations is uncertainty regarding EU nationals, whereas the Russel Group argue that this is something that should be able to be resolved quickly.

To be in keep with the current suggestions being made as to residency status, one of the demands from the universities is that EU citizens already in the UK should automatically be transferred to ‘settled’ status. The records of them being in the country are already there, so it really doesn’t require the applications that are currently required to be undertaken to confirm what status they are in the country surely? May’s plans also include a little disclaimer to say that if the country is left for two years, ‘settled’ status is stripped away unless there are ‘strong ties’. I agree ‘strong ties’ is too vague a term, how do you really define it? Immediate family? Extended family? Business? Is there a flat line to base this on or will it be a case by case basis? There are too many questions left unanswered and if I was choosing where I was going to live for my three or so years of study, I wouldn’t be putting my faith in the UK currently. Let’s hope Mrs May heeds the Russel Group’s demands, it’s clearly the educated choice!