Brexit on travel: What’s the status so far? 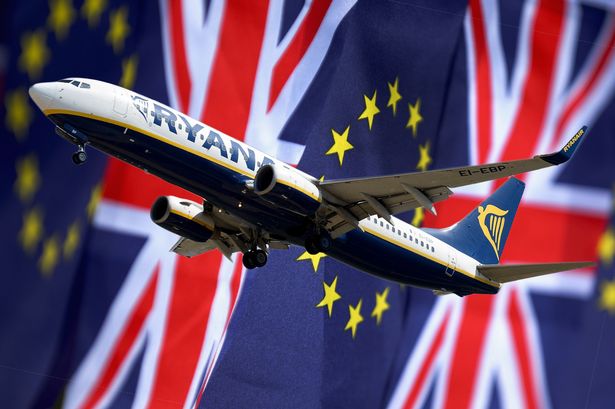 Almost everybody in the country must have had the worry at some point. Brexit comes along, and as a result everybody says goodbye to the discount aviation you have grown accustomed to. It’s a rational fear, Brits roaming freely across Europe will be soon coming to an end, and therefore travel will become more taxing. This notion is a common one, but the claims have been disputed. Members of the European parliament believe there will be no change.

Whether or not the claims are true, a recent study has noted that the ‘discount’ flights on offer across the EU, are actually top of the list for most expensive budget airline. Least budget airlines if you will. Perhaps this is actually the silver lining that nobody anticipated…

What are budget airlines saying?

Each airline has their own promises and guarantees. Back in February, for example, EasyJet had already claimed that they were ‘Brexit-proof’, stating that the budget price of their flights would not be affected. Even as far back as July of last year these claims were being made.

This is not to say that there will not be alterations to UK aviation because of Brexit, however the price of flights is the main focus of concern for many. Other changes include things like participation in the European Aviation Safety Agency (EASA) and involvement in an EU customs unions.

Well, this is where it gets interesting. When ranked against other world-wide airlines, European airlines typically ranked among the more expensive. In The Travellers Choice Awards, by TripAdvisor, it was Singapore Airlines and Air New Zealand that landed the top 2 spots on the list. Neither of which are in the EU, it may be worth noting. Among the reviews of all those ranked at the top of the list, value for money was a regular entry.

Jet2 landed 7th on the list, and was the winner of the ‘Low Cost Airlines’ award. The other budget airlines the UK are accustomed to – EasyJet, Ryanair etc. – didn’t come up at all on either list.

However with a gradual, unilateral, price increase, the shift in holiday planning is more often coming down to price-over-provider, meaning that getting there is more important than who with. Comparing flights online is meaning that for customers, this is simpler than it has ever been.

How will major airlines’ fares compete then?

It seems that in order to keep up with market transformation, major airlines are now dipping their toes into the budget-airline scene. British Airways are one, introducing “basic economy fares”. This is a ‘stripped down’ version of the fares and does not include things like seat selection or checked luggage – things that many budget travellers are already familiar with. It will be no surprise that BA won’t be the only major airline doing this.

It looks as if there won’t be many alterations to budget fares. If anything, it looks as if Brexit may be shaking up the market in a way that will make the world more accessible than ever! If this is the case, doesn’t it seem ironic that Brexit is shrouded in the idea of ‘closing the borders’? For many though, exciting cheap transatlantic travel is now on the horizon. How about you?