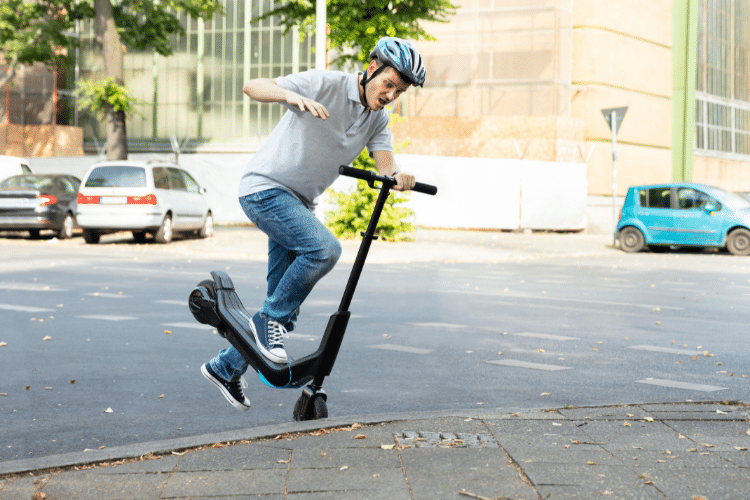 A rent poll of 1,001 people conducted by the Major Trauma Group found riders of e-scooters in Birmingham and across the region “should face regulation.”

The fear is that e-scooters will pose serious safety issues that may not only affect the riders, but also others on the road and pedestrians, according to the Major Trauma Group. The Major Trauma Group is comprised of members from law firms and medical specialists who deal with brain injuries.

In addition, experts are concerned about the lack of competency tests and compulsory measures that make the scooters a road hazard.

Another survey conducted in Birmingham and the West Midlands also showed survey participants believe e-scooter riders should have a driving license to ensure the safe operation of the devices. Some also responded that at least a provisional license should be mandatory. Currently, there is no regular for electric scooters.

About 65% of people in the region also believe e-scooters drivers should be required to have insurance. This is also currently not required.

About 8 out of 10 survey respondents also said helmets for riders should also be mandatory.

These survey responses came after a Birmingham tour guide feared a tragedy after a woman was knocked down by an e-scooter. In addition, electric scooters have become more numerous after a summer roll-out of rental e-scooters across the country.

The Major Trauma Group is concerned that without regulations and insurance, accident victims will be left to self-pay for medical treatment and rehab for years, which can be costly. Or they may have to rely even more on NHS which is overly extended.

Many people in the area, including survey participants, believe pedestrians, cyclists, and drivers will be less safe with the introduction of e-scooters.

In its concern for safety, the Major Trauma Group has called for “compulsory safety measures” to be introduced to protect riders and others from possible dangers.

“The introduction of compulsory safety measures would protect riders and other road users.

“Currently, without appropriate regulation, there is a significant risk of serious injury occurring and no insurance protection for individuals involved in accidents.

“As we work with the Government to regulate these vehicles on our roads, we also want to ask users of electric scooters to be extra vigilant and lower their speed.”

“From a lack of insurance and competency tests to no compulsory measures for riders to wear helmets, use headlights or reflective clothing during these dark evenings, there are serious safety issues around the use of electric scooters on British roads.

“This is exacerbated by the fact that electric scooters do not make any noise and as a result do not warn pedestrians they are approaching.

“The introduction of compulsory safety measures would protect riders and other road users. Currently, without appropriate regulation, there is a significant risk of serious injury occurring and no insurance protection for individuals involved in accidents.”

On the other side of the discussion, Huw Merriman, the Transport Committee chairman, said e-scooter users should not be required to have a driving license for e-scooters. Instead, he called on the Department of Transport to monitor the number of accidents, to see if new insurance requirements need to be considered.

Mr. Merriman also said that helmet use should be encouraged but did not confirm if they will be compulsory if the scooters are legalized.