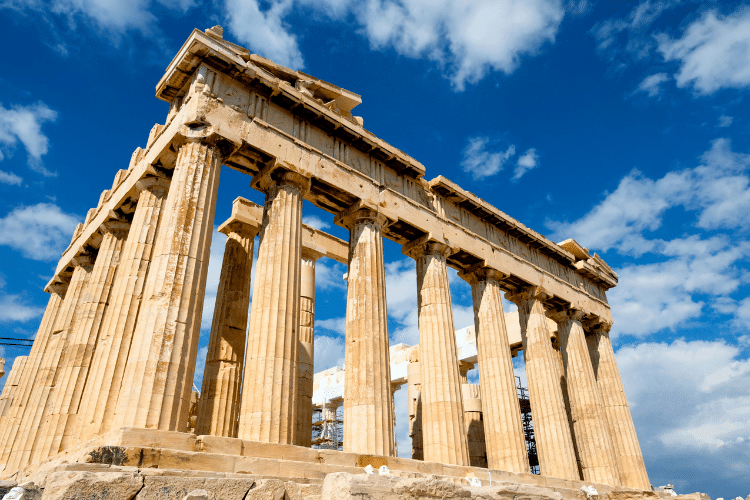 Greece has announced that travellers from the UK will not yet be allowed to travel to the country when it opens for the summer tourism season.

There has been some going back and forth on the decision. At one time, Greece had said UK travellers would be accepted into the country, but then in a turnaround, the Greek government decided the country would not open to UK tourists until the end of June.

According to Greece, the EU had advised that the country suspend air links with Britain. These have been in effect since March, and will continue until 30 June.

“The ban [on passenger flights from] Great Britain remains in place for the next two weeks,” the tourism minister, Harry Theoharis, announced during a presentation on TV.

In addition, Greek officials said their decision was in line with the EU commission’s most recent recommendation that travel restrictions be gradually relaxed in a “strictly coordinated manner.” The EU has recommended that restrictions on non-essential travel last until 30 June. It is expected that flights from the UK to Greece will resume on 1 July.

Greek epidemiologists are concerned that the virus could be imported, leading to a new wave of infections. For this reason, all passengers from Italy, Spain and the Netherlands will need to undergo tests when they arrive in Greece. The country will begin accepting foreign visitors for the first time since the March lockdown. Until 30 June, visitors from Italy, Spain and the Netherlands will be required to fly into Athens.

The country is concerned about a second wave of Covid-19 because of a recent spike in confirmed coronavirus cases. These have been in part caused by travellers who have undergone mandatory tests when they arrive in the country.

“Our goal is for Greece to remain a safe country looking forward to the tourism season,” said Vassilis Kikilias, the health minister.

Greek officials have said that anyone who arrives and tests positive in the country will face a 14-day quarantine, at a hotel paid for by the Greek government.

Greece has experienced less than 190 deaths due to Covid-19, in a country of 11 million. As a result, they would like to avoid further infections, while touting the country as a safe and healthy holiday spot.

Tourism is crucial for the Greek economy, with a larger proportion of jobs provided by the tourist industry. Germans, followed by UK tourists, spend the most than visitors from other nations.

Seasonal hotels are set to reopen on 15 June, two weeks after all-year hotels reopened. Hotel staff will be required to have regular tests, as well as guests.

Islands that are popular with tourists are required to have “Covid-19 rooms” that are set aside. These will be used to quarantine anyone who tests positive for the virus. In addition, each hotel must have a contracted doctor on call.

Greece, in 2019, welcomed 34 million tourists, which was a record. However, this season, expectations are lowered, with the hope of welcoming about a third of that number of visitors this year.