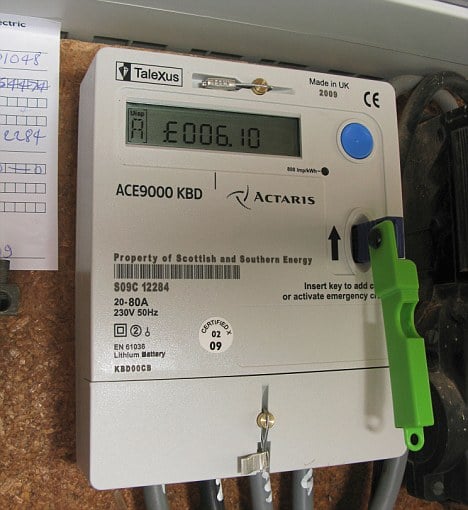 Those who are most vulnerable were left without gas and electric services on New Year’s Day after British Gas made changes to their prepayment top-up system. The energy company is facing a huge backlash for making changes in the winter months and over the holidays.

Back in December, the energy giant announced they were signing a new deal with Payzone’s bill payment service, which serves pre-pay customers. This new deal replaces the previous agreement with PayPoint.

Before the change in prepayment services, customers were able to top-up their meters 28,000 PayPoint terminals around the country. These were generally located in local shops and post offices, making it easy for customers to find a payment terminal near home.

Another change unrelated to the payment changes, prepayment meter customers must now spend at least £5 when topping up their account. Previously, they only had to spend £1.

Starting on New Year’s Day, the new PayPoint terminals kicked into action, and replaced only 13,000 Payzone terminals, reducing the number of payment sites by about 40%.

As a result, many customers now have a harder time paying their bills due to trouble finding a payment terminal. The problem was increased as the post offices, where customer can pay their bills, were closed for the holiday. This has led to many customers having to go without heat, hot water and electricity on New Year’s Day.

Some customers, such as Andy Packer, now have to make a 40-mile round trip to reach the nearest Payzone terminal.

Many customers took to social media to air their complaints. One social media user said that they had a five-week-old baby and no gas to hear their home. They continued to say that there were no payment terminals near them, while the post office and the British Gas’s call center were both closed. They had no way to pay and get gas.

Other customers complained that the choice to make the payment terminal changes on the holiday was a huge mistake when many places were not open on New Year’s Day.

In response, British Gas said they had notified all their customers in December to let them know about the changes. It also said that both payment services were running throughout December and January, to help customers find the nearest top-up locations.

A spokesperson at British Gas said, “We chose to move our service to Payzone because it means that most of our customers will now be closer to a top up point.

“Furthermore, Payzone will work with us to ensure new locations are added in areas where our customers need it.”

Payzone also responded, “Our agreement with British Gas enables their customers to access bill payment services in 24,000 Payzone and Post Office locations. Nationally, 94% of the population live within one miles of a post office or Payzone outlet and over 99% of the population has access within three miles. Payzone is working with British Gas to fill in any gaps in areas where a Payzone outlet could operate.”

The majority of households have a credit meter, which allows them to pay monthly or quarterly for power they use in that period.

Sarah Broomfield, of comparison site uSwitch said, “British Gas should have been doing all it could to remind people of the new arrangements – including making sure there was a customer service number that households could ring. People were left panicking about what to do.”

If you’re a prepayment customer, here’s how you can add credit to your account:

Payzone terminals: at 13,000 locations – just type in your zip code to find the nearest location

Online (if you have a smart prepayment meter installed): if you don’t have one, you can check to see if you’re eligible by visiting Smart Pay As You Go. These meters let you top-up online, via mobile app or over the phone.

Remember, you can also check to see if you can switch to a standard credit meter to save, or consider changing energy providers to find a better deal on gas and electricity.