The Hidden Costs of 0% Credit Cards 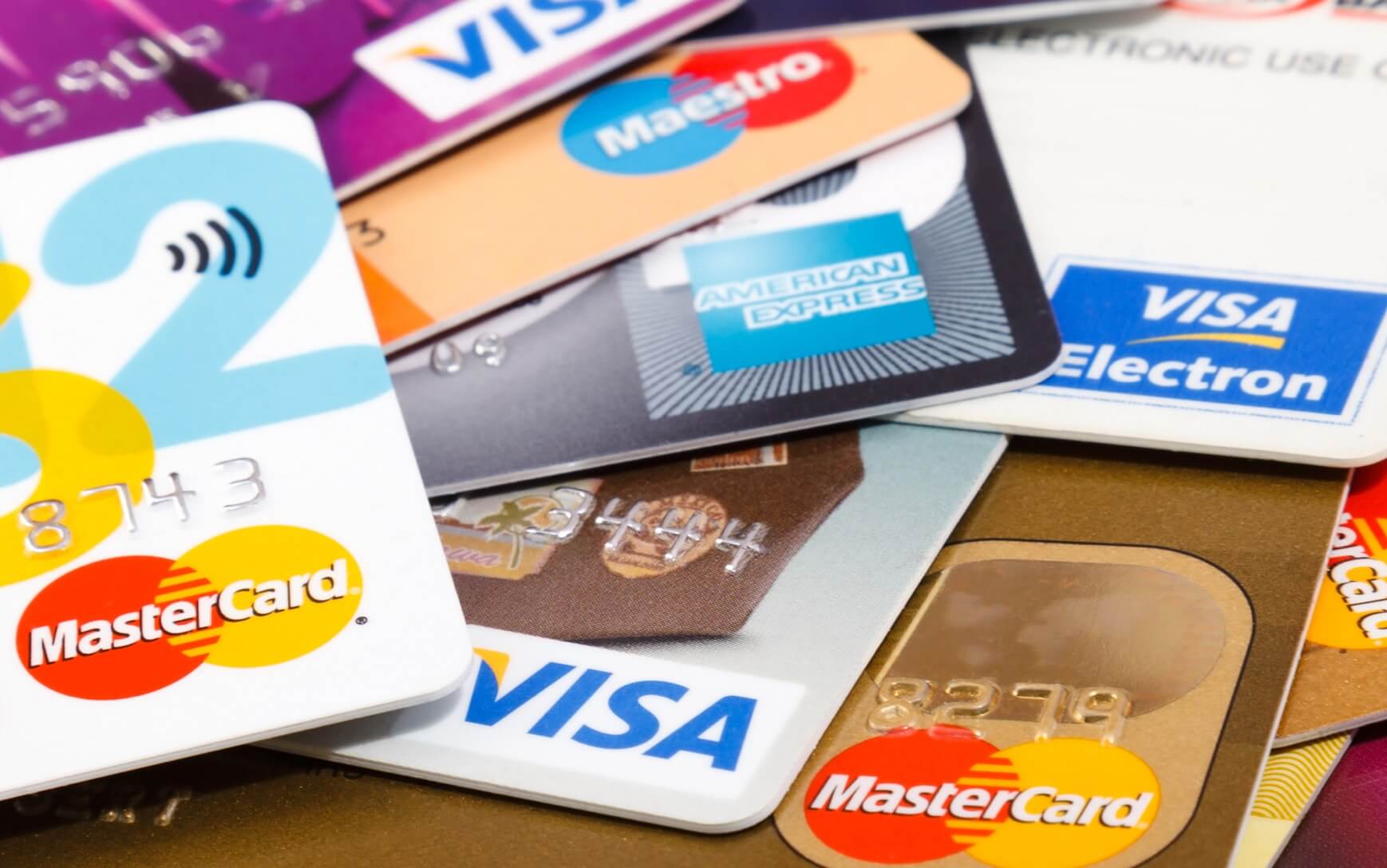 Those credit card offers that come in the mail be very tempting with their 0% interest rates; however, there are details most customers don’t take the time to review on these offers.

Since 2006 and the financial crisis, the average credit card rate has reached 16%, while at the same time the Bank of England’s base rate has gone down from 4.75% in 2006 to 0.75% in recent weeks. In other words, banks are lending at lower rates for mortgages and personal loans but charging higher rates on their customers’ credit card debt.

Why the Interest Rate Increase on Credit Card Debt?

Financial providers claim that credit charges are different from personal loans, mortgages, etc. They say credit cards are not as closely tied to the base interest rate. While not affected by the current base rate, however, credit card interest rates are based on the amount of risk borrowers may present, based on their own credit history and the current state of the economy.

In other words, a customer who has a poor credit history during a time of financial unease will most certainly face higher interest rates than someone with better credit.

Consumer advocates are viewing the banks’ raising interest rates on credit debt as ludicrous and without cause. They say there’s no justification for the rate hikes, and banks are only out to make more money at their customers’ expense. Especially with the increase in encouragement of customers to take out more credit on cards, even with the cost of credit increasing.

Advocates are calling for an end to this “profiteering” by financial institutions, making prey from customers who may fall into the trap of taking out credit on 0% credit cards, without full knowledge of what happens after the 0% introductory rate period ends.

The “Trap” of 0% Credit Cards and Rewards Cards

There’s been a recent increase in the push for customers to take out credit on cards with 0% introductory rates. This is a highly tempting prospect, especially as we head into the season of holiday buying.

While the introductory rates appear like a good deal on the surface, most people fail to read all the details of the card’s terms and conditions. When you read the fine print, there you’ll find the information that the 0% introductory rate is only good for a specific time period. The average length of the introductory period is currently about 311 days, which is longer than the 128 days back in 2010.

What happens when the introductory period is over? These details are also found in the terms and conditions. There it will state that the credit card interest rate will increase to a specified amount, which is usually quite high. In fact, rates could go from 0% to 21.7% and higher. In fact, Santander’s World Elite Mastercard offers an introductory period of 18 months, and once that ends, the interest rate climbs to a whopping 49.8%. The interest rate charged will vary between credit cards, but the rates are usually high.

This is especially true for rewards credit cards, where borrowers work to avoid paying interesting rates by paying the cards off in full each month. Rewards credits have become as popular way to gain travel perks, discounts and more, making these cards highly popular. While the cards can be a benefit to customers, the problem comes when a person over spends one month and doesn’t pay off the entire amount. Or if their circumstances change and they’re unable to pay the card off, then the interest rate kicks in. The average interest rates on rewards cards is about 30%, which is very high.

With rewards and 0% introductory rate cards, banks are “betting” that some people will fall behind on their payments and then they’ll have to pay interest on their debt. When the introductory period ends, the bank ends up making money off people who are unable to switch to another 0% card due to poor credit ratings. The benefit to the bank, of course, is income from the interest rates being paid. This is the trap consumer advocates are worried about.

To make matters worse, customers now don’t have as many options when it comes to choosing low rate cards. Many banks have pulled their low rate cards, including Tesco. Tesco Bank’s Clubcard Mastercard, which charged interest at 5.9%, was one of the lowest rates on the market. Even this card has “disappeared.”

With no access to cards with lower rates, customers are forced to choose credit cards with higher rates. This could put customers in financial danger if they’re unable to pay their cards, or if they are only able to make minimum payments.

In other words, a customer who spends their entire credit card limit will then have to pay off the amount borrowed, plus a high interest rate (the charge for borrowing the money). It can years to pay off such debt.

The Danger of Credit Cards for People with Poor Credit

On the other side of the credit card issue are credit cards often advertised as a way for people to improve their credit score or build their credit. These cards generally have very high interesting rates, with some topping out at 69% and more.

While these are supposed to help people improve or build their credit scores, the cards usually end up being nothing but a trap that hurts customer finances. Customer advocates and debt charities see this as unfair for customers and their finances.

Those 0% introductory rate cards start to become tempting in the run up to Christmas. This year, customers are predicted to spend about £660 on holiday purchases, which is up compared to last year’s total of £538 in 2018. In addition, researchers are also predicting many shoppers will use credit cards to help pay for holiday spending.

The problem arises if individuals choose to use 0% credit cards to fund Christmas shopping. If they’re not careful, they could fall into the trap of very high interest rates once the introductory rate period is over. That means their holiday shopping spree will be even more expensive and may take over a year to pay off.

How to Keep Credit Card Debt Under Control

Debt experts recommend that customers follow a plan to keep their credit card spending under control. The issue is that people generally spend more when using a credit card, with the idea they can pay it off later. While this may be true, if their circumstances change, they may not be able to afford those high interest rates and could fall into default on their cards. As a result, experts recommend individuals follow these tips:

1). Avoid holiday spending: use cash and debit cards for holiday spending, rather than credit cards. Using credit for holiday shopping sprees can be more expensive in the long run. Some people buy presents, only to pay them off over a year or longer. Use cash instead to avoid this problem.

3). Don’t spend to the card’s limit: instead, keep the balance below 70% of the card’s limit all or most of the time. This way, customers will have access to credit when they need it and will be able to show lenders, they’re responsible with their credit, which could mean lower interest rates due to the lower risk they pose for lenders.

4). Pay off debt fast: pay at least the minimum payment each month but pay more if possible. Get rid of debt as soon as possible to avoid paying off interest over many years.

5). Can you afford it: ask this question before making an expensive purchase. Will they be able to pay the balance off quickly? If not, then they avoid using a credit cards to make the purchase, otherwise they could face years of paying high interest rates on the balance.

6). Pay on time: always pay bills on time every month. This helps to build credit and avoid late fees, which can also be quite expensive.

7). Avoid cash advances: these carry even higher interest rates than using the credit card and include a fee, so avoid cash advances and use them only in case of an emergency. This is a very expensive way to get cash.

8). Read the small print be sure to read the card’s entire terms and conditions before applying. Make sure to understand everything and don’t hesitate to ask questions. If applying for a 0% introductory rate credit card, then be sure to learn what the introductory period is and how much the interest will be once after this period is over.

9). Avoid holiday spending: use cash and debit cards for holiday spending, rather than credit cards. Using credit for holiday shopping sprees can be more expensive in the long run. Some people buy presents, only to pay them off over a year or longer. Use cash instead to avoid this problem.

While it can be tempting to use credit cards for holiday spending, it’s best to use cash and debit cards instead. The 0% introductory cards can be a good deal for some people, as long as they understand the terms and conditions, knowing they’ll pay higher interest rates afterwards. However, experts recommend most people avoid these cards.