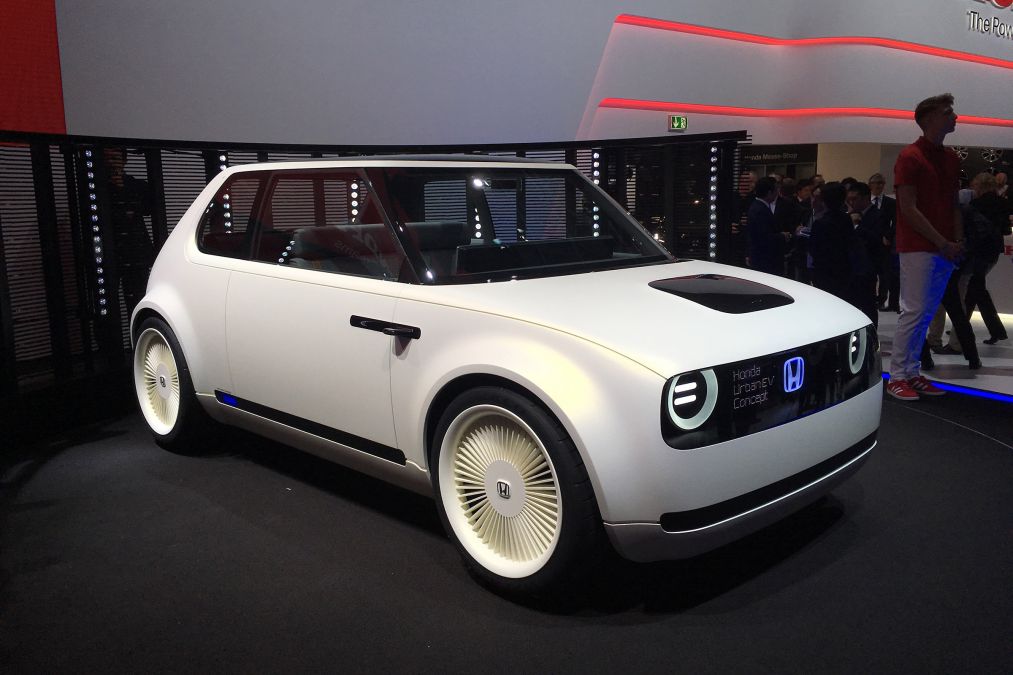 The Frankfurt motor show is now over, and out of everything it’s a little Honda Urban EV that’s taken my eye…

What is being seen at many motor shows now is the introduction of concept electric cars. In the past few years we have witnessed hybrid motors become commonplace among other cars, along with all-electric cars that can compete with their petrol-fuelled counterparts. One of Motor Authority’s highlights this year was the 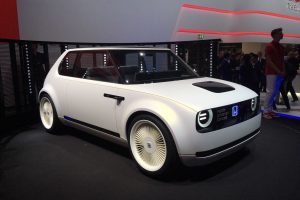 Porsche’s third generation Cayenne, and they also noted that the company have a Turbo S E-Hybrid version of the model on the cards. BMW showcased the ‘i Vision Dynamics’, which design-wise seems to sit between the i3 and the i8. The Bogwards Isabella was unveiled in Frankfurt too, a perfect example of all-electric cars that look ready to trounce speed times on any track day. For me however, it wasn’t the glitzy or the most expensive concepts that attracted my attention. Honda’s Urban EV is an electric car aimed for the European market in 2019, and it’s simplicity amongst huge concept releases is a USP for the car that perhaps Honda didn’t even expect. The Urban EV is an all-electric update of Honda’s original release, the City.

The City was a tiny hatchback with little to no space, and it really isn’t much to look at. It has now, however, reached an age where its exterior has gained a retro and cult following. And this is what Honda has utilised. If you compare the two, the Urban EV is larger, sleeker, and does not have the strange eyeliner type shading around its front headlights. For me, it looks more like a throwback to the original VW Golf GTI – a car that has definitely remained in the halls of fame for retro-coolness! The main exterior difference is literally that the corners on the car have been softened, and from the concept images it looks like the front driver and passenger seats are in fact just a single seat. Not sure about this one, I’ve spent time in the front seat of Transit vans before, and that’s the feel I’m getting when I see the Honda. The concept images do involve a very simple outlook of the interior though, you can see two large monitors (perhaps gps mapping), only two pedals and no sign of a handbrake.

The Urban EV is still only a concept, with Honda planning to release it to the European market in 2019. This has upset some Americans, but on looking at the car it is certainly more suitably tuned to our smaller roads, and it an electric engine surely wouldn’t work with the American dream of torque torque torque?

I am excited for this release. For once, an electric car has been made that doesn’t have the feel of one. It doesn’t look like a Smart Car, it doesn’t look like the alien spaceship of some of the hybrids in Honda’s range, and it doesn’t look unobtainable to the average consumer. What it is, is an evolution on the look of cars. It is small, and ultimately it looks like the future. Not too far into the future though, just a little up the road.

In the meantime if you are considering changing your car or renewing your car insurance, check out our Car Insurance comparison which compares all leading and niche providers to find the best deal for you!