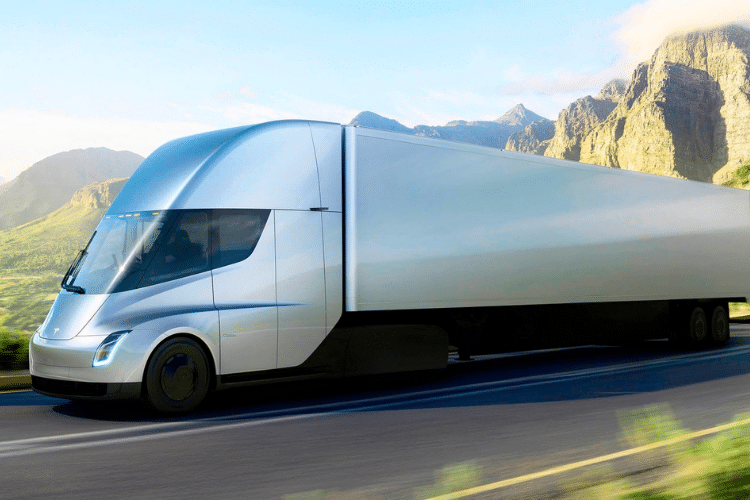 The Tesla semi-truck has many people excited. The reason – this new semi can go faster than most cars and other semis in its category.

When the driver hits the pedal, the semi is off. When the vehicle’s not pulling a trailer, it has the potential to outperform most cars with its 0-60 mph in 5 seconds. With a full load, the semi can handle go 0-60 in about 20 seconds.

Tesla’s semi is considered one of the safest and most comfortable trucks around. It has four independent motors, which give it maximum power and acceleration. What’s more, they can do this with only minimal energy costs per mile.

With the quickest acceleration rates, even when fully loaded, the Tesla semi has instant traction control.

Plus, it’s built to be the safest truck around. The semi has an enhanced autopilot, which helps drivers avoid collisions. The autopilot system includes automatic emergency braking, automatic lane keeping, lane departure warning, as well as event recording.

The central position of the driver offers them more visibility and control, with a low center of gravity that protects against rollovers. Onboard sensors work to detect instability and can make the proper adjustments to torque sent to each wheel, as well as independently actuating all brakes to avoid jackknifing.

When it comes to energy needs, Tesla’s semi uses electric power, which is half the cost of diesel. The vehicle also has fewer systems to maintain, which means the semi provides £200,000+ in fuel savings over, and a 2-year payback period. So, the vehicle pays itself off much faster than a traditional semi.

What’s more, the semi is capable of driving up to 600 miles on a single charge, even when the vehicle’s fully loaded. The semi runs about £132,720, though a variant with lower specs and a 300-mile range is expected to start at £110,565. Just for comparison, diesel trucks in Britain typically start at around £85,000.

In addition to its speed, the Tesla semi’s energy recovery systems are able to recover about 98% of kinetic energy to the battery. To recharge, the truck can connect to Tesla’s Megachargers, which are a new high-speed DC charging solution. These are said to be able to add up to 400 miles in only 30 minutes. Plus, they can be installed at origin or destination points, much like Superchargers.

When it comes to low wind resistance, the Tesla semi is said to have a drag coefficient of 0.36Cd, while most trucks have 0.65Cd.

The Tesla semi, once the truck of the future, is ready to tackle today’s safety and energy needs in logistics and travel.