Does energy saving bulbs really save me money? 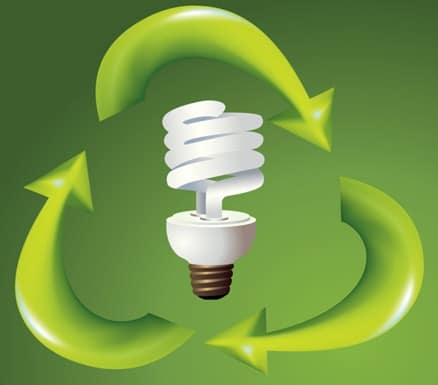 Will energy saving bulbs really save me money?

When the EU announced in 2009 it would phase out traditional incandescent light bulbs by 2015, it caused people to panic buy and stockpile any existing supplies of bulbs they could lay their hands on.

Many saw being forced to buy energy efficient bulbs as an expensive con; many others complained the light produced by energy efficient bulbs is “cold” rather than the “warm” glow emitted from traditional bulbs. Also, as these bulbs take seemingly ages to warm up to obtain full brightness if you only had to enter a darkened room for a few seconds, what was the point of them?

Let there be light (bulbs)

Traditional light bulbs – known as tungsten filament bulbs – are pretty much as Thomas Edison refined them over 120 years ago.

The main problem is they consume power in a massively inefficient way. This is because approximately 90% of the power consumed by an incandescent light bulb is emitted as heat, rather than as visible light. So only 10% of the running cost generates light and the remaining 90% is a very expensive way of heating the room.

According to Philips UK, one of the largest bulb manufacturers, of all the electricity consumed globally, lighting accounts for 19% of it.

Obeying the EU’s directive, the previous government decided that filament light bulbs will be phased out. So energy-guzzling 100W incandescent bulbs were phased out in 2009 and 60W bulbs on 1 September 2011, with wattages of 40W and below phased out by the end of 2012.

Then, the only filament bulbs available will be old stock and the government forecasts that, by the middle of 2013, all will have disappeared from the shelves. Some independent retailers have bought in bulk, so filament bulbs will still be available as long as stocks last but, once they’re gone, they’re gone.

Low energy bulbs come in a wide variety of shapes, sizes and wattages but the most common are compact fluorescents (CFL), which are basically mini strip lights in a compact form such as a U-shape or spiral. Low energy bulbs also can be bought as opaque “globes” that are either spherical or domed.

The point to get your head around is that the wattages are considerably smaller, and so a smaller wattage bulb uses less energy but still produces the same amount of light, but with considerably less heat generation.

As for the quality of light (known as the “colour temperature”), this has improved and that “cold” white light of earlier incarnations to has been warmed up by slightly tinting the tube or opaque frosting on the bulbs. And improved technology means that the “warm-up” period has been reduced to a few seconds and you can also buy special low energy bulbs to work specifically with dimmer switches.

However, there’s no getting away from it: energy efficient bulbs can cost up to ten times more than conventional filament bulbs. While the upfront cost of energy-efficient bulbs is far greater than traditional bulbs, according to the Energy Saving Trust, energy-efficient bulbs last up to 10 times longer than a normal bulb and can save between £3 and £6 a year each in energy bills (for a 100W bulb) – a saving of up to £60 over the lifetime of the bulb in reduced energy bills and replacement costs.

But the high price of the bulbs isn’t simply a case of the manufacturer adding an excessive profit margin just for the sake of it. The bulbs themselves contain a very complicated array of components in the base which converts the current from the light socket into the low wattage light without blowing the bulb or generating heat.

If you live in a large property then kitting it out with low energy bulbs in one fell swoop will hit your wallet hard. The most economical way to do it is to wait for a filament bulb to blow and then replace it with a low energy one.

Although many householders start off as sceptical with regard to the efficacy of low energy bulbs, many find their bills lower and the bulbs last longer than tungsten bulbs.

Speaking from personal experience, five years ago I swapped out four 60W filament bulbs in a set of wall lights and replaced them with four 11W compact fluorescents which cost £5 each. Not only did I drop the consumption from a collective 240W to 44W (an 81% reduction), but also the original compact fluorescents still work fine and haven’t needed replacing, whereas the old filament bulbs popped at the rate of one a month at a cost of £1 a bulb.

If you multiply £12 of replacement filament bulbs a year over five years, that’s £60. Subtract the £20 the energy saving bulbs cost and that’s a saving of £40 over five years in bulbs alone, and that’s not taking into account the money saved through lower consumption.

So, energy saving bulbs do work and are not a con; true, they cost more to buy than traditional filament bulbs, but they do last longer and they do reduce consumption.

Compare your energy suppliers here and see how much per year you could save.