Insurance Companies Cause New Bout of Trouble for Debenhams 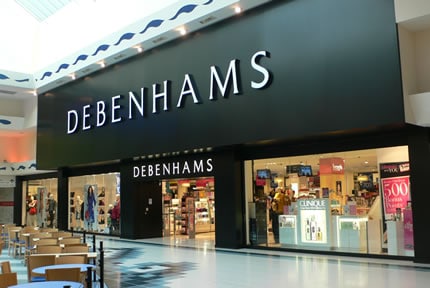 Insurance Companies Cause New Bout of Trouble for Debenhams

The latest development in the world of insurance is that credit insurers have reduced the cover they provide for suppliers as Britain’s high streets see a little bit of turbulence. Usually, suppliers make use of credit insurance as a form of protection in case they fall victim to non-payers.

One of the leading insurance companies in this regard, Euler Hermes, is one of the firms cutting the cover provided. This is barely a month into the third profits warning released by Debenhams in 2018.

They recently announced that the full-year profits will be well below the expected value and they also made known their plan to sell Magasin du Nord. They announced their intention to sell this Danish department store, saying that this is in the hopes of strengthening their finances.

Coface and Atradius, two credit insurers, have also followed suit, recently reducing the cover they provide for Debenhams’ shipment. This reduction was covered by Sunday Times.

The implication of this reduction in the cover is that the suppliers demand more payment before the business can be done and this further causes a strain on the working capital available to Debenhams. However, a spokesperson for the company refuted any claim that the company is strained, rather, the assertion is that Debenhams is currently in a good cash position.

In his words, “Debenham’s balance sheet and cash position are very healthy and we have a very productive relationship with our suppliers.” He concluded by saying, “They continue to provide cover to our suppliers.”

“Even though the market is presently experiencing turbulence, Debenhams manages to record a certain level of profitability.” He continued, “We have a very clear strategy on the ground to take critical actions and strengthen the business.”

At the moment, 27,000 people are employed by Debenhams and the retail outfit floats over 176 stores in the UK. The expected yearly profit should be between £35m and £40m, although they used to record over £150 in 2013.

A fierce competitor, House of Fraser, has reported that 31 stores out of its 59 in the United Kingdom would be closed down. This includes the popular shop on Oxford Street, London, and about 6,000 jobs are expected to be lost.

Another company, John Lewis Partnership, has announced that for six months now, no profit has been recorded. As a result, we can also expect about 5 stores to close down.

You might ask, what is peculiar about these recent turn of events. Some high street names mentioned that higher costs, thinning confidence, and stiff competition from online-retailers are some reasons for the development.

According to Richard Hyman, the decision by credit insurers to reduce the amount of cover available to Debenhams is a red flag and is attributed to the level of risk and how it is perceived.