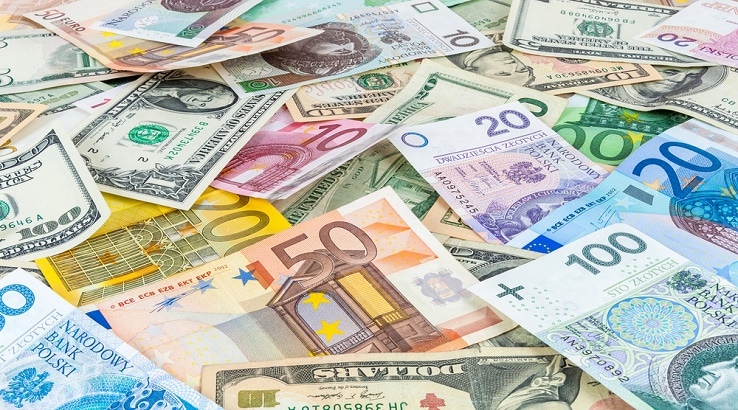 Market optimism about the Brexit outlook, as well as bets that the Bank of England (BoE) could hike UK interest rates as soon as May, have supported Pound strength this week and this has helped the currency to sustain gains against major currency rivals.

Sterling was weighed slightly on Tuesday by Britain’s February Consumer Price Index (CPI) results, which fell short of expectations in all major prints. The yearly figure slowed from 3% to 2.7% rather than the expected 2.8%, while the core figure slipped below the expected 2.5% to 2.4%.

Investors are now highly anticipating Thursday, when the Bank of England (BoE) will be holding its March policy decision. If the bank indicates that a May interest rate hike is on the table, Sterling is likely to see stronger demand until the end of the week.

The Pound to US Dollar exchange rate was unable to hold its best levels on Tuesday but still remained well above the week’s opening levels due to market hopes that the Brexit process will be more smooth thanks to an agreed transition period.

Investors have been buying into the US Dollar so far this week, ahead of the Federal Reserve’s anticipated March policy decision this evening.

The Fed is expected to tighten US interest rates for the first policy decision made by new Fed Chair Jerome Powell, but investors are more interested in hearing what the bank’s outlook for the rest of 2018 will be like.

The Pound to Euro exchange rate has seen solid gains this week so far thanks to Brexit optimism boosting the Pound and mixed Eurozone ecostats weighing on the Euro.

Tuesday saw the publication of ZEW’s Eurozone economic sentiment index survey results for March. Both the German and Eurozone prints fell well short of expectations due to ongoing concerns in markets about Donald Trump’s protectionist stance on trade and the possibility of a trade war. The Eurozone’s consumer confidence projection remained at 0.1 as expected.

As European Central Bank (ECB) rate hike bets have been an important factor in Euro trade lately, any comments from ECB officials could cause Euro movement, as could Thursday’s Eurozone PMI projections from Markit.

Due to low market demand for risk-correlated currencies like the Australian Dollar, the Pound to Australian Dollar exchange rate has more easily held its gains this week. GBP/AUD is currently trending near its best levels since the Brexit vote in 2016.

Investors have had little reason to buy the Australian Dollar due to a lack of supportive domestic data or news, as well as broad market concerns about Donald Trump’s trade policies.

Thursday will see the publication of Australia’s February jobs market results though, which could leave the ‘Aussie’ more appealing if they impress. The key unemployment rate is forecast to remain at 5.5%.

The Pound to New Zealand Dollar exchange rate has continued to climb since yesterday morning, and today GBP/NZD touched on a new 2018 high.

The New Zealand Dollar has remained unappealing from a risk-aversion perspective, as well as on disappointing commodity news that came in on Tuesday. Prices of New Zealand’s most lucrative commodity, dairy, slipped 1.2% in the Global Dairy Trade’s (GDT) latest auction, and this had weighed on NZD.

The Pound to Canadian Dollar exchange rate slipped on Tuesday, as Brexit hopes and BoE bets were not enough to keep the Pound from weakening against a stronger Canadian Dollar.

News that the US government had dropped an auto-content demand from North American Free Trade Agreement (NAFTA) negotiations boosted market demand for the Canadian Dollar. The US previously demanded that all vehicles produced in Canada and Mexico for the US should contain at least 50% US parts. The dropping of this demand boosted hopes that NAFTA would be successfully renegotiated.